On Orthodox Easter, Pope Francis talked about all the lives and beauty destroyed by war, ending his litany with this: “The war also destroys everyone watching superficial news to see who’s the winner and who’s the loser. The war destroys everyone. Beware of it.” 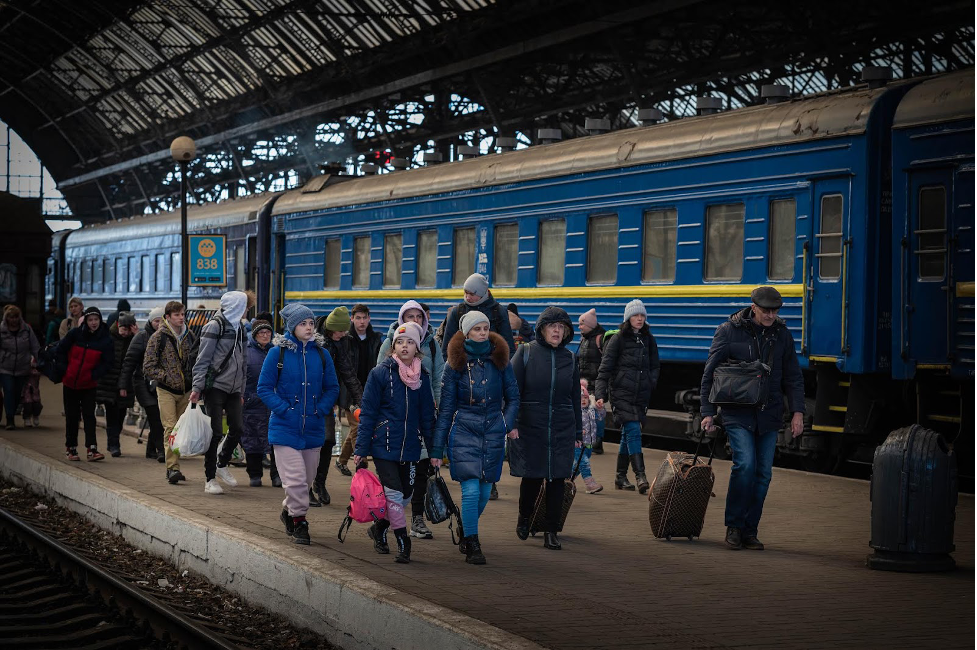 Russia’s war on Ukraine has already killed tens of thousands of civilians and left countless others to face bombardment, suffering, death, and starvation in brutalized cities like Mariupol and more than a hundred other towns large and small across a country inhabited by 40 million humans. As of May, according to the United Nations, more than five million have already fled their homes.

And of course, thousands of combatants have also died on both sides of this, the biggest ground war in Europe since the Second World War. And no matter who they are – Ukrainian volunteers defending their homeland or Russian conscripts killing and dying for the designs of others – they leave behind grieving families.

And the losses don’t stop with just those killed and injured. The devastation is widespread.

We have all seen images of Ukrainian cities lying in ruin. Less visible, but possibly just as deadly is the loss of grain crops that will cause havoc with shortages and soaring prices that will mean hunger and starvation in northern Africa and elsewhere.

The fight against the fossil fuel industry and its forced march toward catastrophic global climate disaster is also on the line.

It is not just the burning fuel depots and habitat loss due to combat. Spiking international tensions and escalating economic sanctions severely undermine the frameworks of global cooperation and mutual self-interest we need to successfully confront the planetary climate emergency that threatens all of us with a future of mass extinctions. We need peace now or life on earth as we now know it will vanish within a few decades.

Here in the U.S., war pushes all the wrong policy buttons and reinforces backward priorities – ceding power to the Pentagon and the fossil fuel industry while starving green innovation and urgent investment in people and the space-race-speed industrial transformation we need, right now to beat back climate disaster.

More domestic oil drilling or tapping of strategic reserves is not the answer. Nor is urging the Saudis and Gulf States to raise their output – or even flirting with oil producing countries like Iran and Venezuela, long demonized by U.S. policy makers.

Back in the Cold War 1960s Martin Luther King Jr. said, “A nation that continues year after year to spend more money on military defense than on programs of social uplift is approaching spiritual doom.” At Global Exchange, we believe people-to-people-ties are about spiritual survival – finding collective power by connecting – even across ‘enemy’ lines to build a dissident, resistant, and creative civil society that can map out a course of de-escalation. None of us can do this on our own or by doom scrolling and expressing outrage on social media.

In his response to the invasion of Ukraine, Adolfo Pérez Esquivel, the Argentinian pacifist awarded the Nobel Peace Prize in 1980 for organizing resistance to the (U.S. backed) dictatorship in his country says: “we must ‘disarm armed reason’ in order to build peace, not as an absence of conflict, but to re-establish relationships of coexistence and mutual respect among people and peoples.”

Pérez Esquivel is right, but ‘disarming armed reason’ is easier said than done; especially at a moment like this, when global society is caught between opposing propaganda streams delivered with firehose intensity. People-to-people-ties in wartime can be dangerous and even illegal, but they are essential to decoding the propaganda streams and establishing the basis for ceasefire and eventually, reconciliation.

In our Western version of this conflict, Putin is a paranoid, isolated, megalomaniacal dictator, unmoored from reality as he brutally wields absolute power, ordering Russia’s military to trample Ukraine in pursuit of restored Russian glory.  It is hard not to agree, but that is only one of many facets and perspectives.

Flag of the Ukrainian Soviet Socialist Republic declared in 1919.

Three days before his 2022 invasion, Putin recognized the ‘independence’ of parts of Ukraine and said that USSR founder V.I. Lenin had been mistaken to recognize Ukrainian identity over a century ago.

Another version is that the U.S. and NATO took advantage of Russia’s vulnerability in the wake of the Soviet Union’s collapse – squeezing Russia geographically, politically, and militarily ever since. This view remembers that Nazi armies slaughtered 25 million people in the USSR during WWII and supports Russia’s right to a demilitarized sphere of influence in its border regions. Russians view U.S. political meddling along their borders and possible further NATO expansion to Ukraine as existential threats. The Russians accuse Ukrainian nationalist “Nazi” groups of organizing violence and the “ritual murders” of Russian speakers in the Donbas. In their view this trumps Ukrainian sovereignty and necessitated both the Donbas intervention of 2014 as well as the current 2022  “special military operation” to “demilitarize and denazify”Ukraine.

We disagree with the conclusion that any of these factors justify war, but Americans must contend with an additional argument – one with a lot of traction around the world – that the U.S. (and by extension NATO) have no credibility to call out violations of international law since we have used our superpower status to violate these laws with impunity, time and time again: Arming the Contra terrorists in Nicaragua, bombing Panama to detain (rogue CIA agent) President, Manuel Noriega; 20 years of brutal, pointless conquest and military occupation of Afghanistan; invading Iraq, citing faked WMD evidence; pointlessly overthrowing Gaddafi (even after he did everything the U.S. asked him to) and, of course, ordering countless illegal drone killings around the world in the last two decades. That full, grim list is much longer. 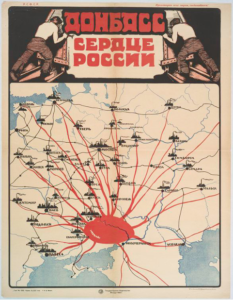 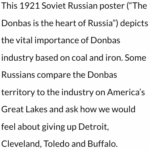 We could let either one of these contrasting narratives form our entire worldview….and learn to “love Big Brother” as Winston finally does after being tortured in Orwell’s, 1984. But though some version of “all of the above” is probably correct; bucking orthodoxies is hard, especially when we are isolated within one media universe.

We don’t have to be isolated. What open-minded traveler from the United States has not

been told at some  point that, “I like and respect you. It is the policies of your government I disagree with”? People-to-People connections are an antidote to nationalistic groupthink. Little by little they let us experience the humanity in folks who our respective governments (and media environments) push us to fear and loathe. 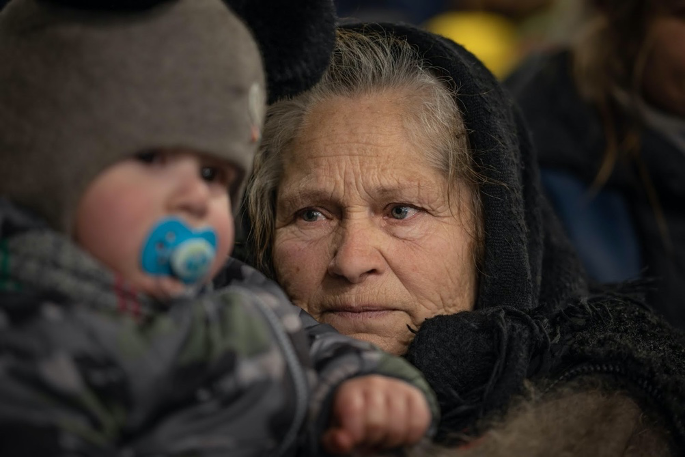 Global Exchange and Manuel Ortiz from Peninsula 360 Press have been working together since the invasion started to humanize the victims of this war. Manuel traveled to Ukraine and Poland in early March to report on the war and the plight of refugees. He helped us organize a fascinating pair of webcasts in both Spanish and English with Russian graduate students and dissident activists; as well as with Ukrainians, Belarussians, and academics from Mexico. And upon return to North America, Manuel visited migrant shelters in Tijuana to report on Ukrainian refugees there, waiting to enter the United States. He observed the expedited handling Ukrainians received and wrote that he was glad to see them treated kindly, but noted that it was impossible not to see the contrast to the brutal indifference experienced by Haitian and Central American refugees. Manuel’s reporting helped open one small people-to-people window and we are grateful to him.

Wars eventually end, but as I write, this one seems to still be escalating dangerously as the “West” steps up deliveries of heavy conventional weapons and Russia threatens a nuclear response. We urgently need to de-escalate, but how can we weigh in on the side of peace when “armed reason” is on the march.

The long-ago San Francisco to Moscow Peace Walk of 1961 is an example of how mobilizing “disarmed reason” can have an outsized effect. Standing alone, this action by a small band of pacifists achieved little; but, their tireless walking, talking, and praying served as a counterweight to annihilation at one of the most dangerous points of the Cold War – and its original organizers triumphed two decades later as anti-nuclear organizing grew and blossomed to reaching a peak when a paradigm shifting march of over one-million people descended on the United Nations in June of 1982 – shutting down the embassies of all the nuclear states and demanding disarmament. This demonstration and the international movement it reflected set the stage for building trust, liberating minds, and freeing the hands that brought down the Berlin Wall and ended the Cold War. 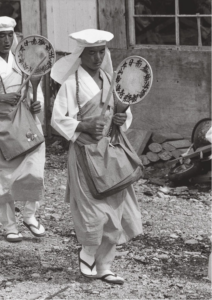 Thinking big by thinking small. One step at a time for peace. I am not necessarily proposing that we organize a walk from San Francisco to Moscow, but I wouldn’t want to rule it out, or rule out other bold, visible, persistent, undeniably non-aligned actions for peace.

It is still true that by facing our problems honestly and acting together, we can change and rearrange the world.