By Marco Castillo and Ted Lewis

The 9th Summit of the Americas just got underway in Los Angeles. It is the first Summit hosted by the U.S. and already the upbeat PR from the Biden State Department  – about this being a chance to bring countries from the region together to tackle big regional challenges like immigration and climate – has fizzled.

Mexican President, Andres Manuel López Obrador announced that he will not attend the summit, protesting the U.S. decision to bar Cuba, Venezuela, and Nicaragua. The presidents of Honduras, Guatemala, and Brazil have also decided to stay away.

This predictable snafu could have been avoided if Biden had simply invited all the countries in the hemisphere. Instead he caved to domestic pressure from conservatives, especially wealthy Cuban exiles who insist on maintaining long outmoded Cold War frameworks of isolation and sanctions. By letting arguments over political and ideological differences take center stage the Biden Administration undermined its own diplomatic goals as well as any genuine dialogue, debate, or productive negotiation.

The Mexican president’s decision is based on principle. As this Global Exchange interview with Citlalli Hernández, General Secretary of Mexico’s ruling MORENA party underlines, Mexico has a long tradition of non-alignment and openness to political exiles. Mexico immediately recognized revolutionary Cuba in the 1950s. In the 1970s, it opened its arms to political refugees fleeing U.S. backed dictatorship in South America. In the early 1980s, Mexico even recognized the FMLN guerillas in El Salvador when the Reagan Administration was trying to crush their revolution.

Mexico’s independence from U.S. foreign policy suffered after the economic collapse of 1982 and the eventual imposition of NAFTA in the 1990s. In the 2000s, the price of getting too close to U.S. national security doctrine became clear as the U.S. backed drug war became the driver of deepening militarization and an escalating internal war in Mexico that has cost hundreds of thousands of lives. The decision by President López Obrador to boycott the Los Angeles Summit is a promising sign that Mexico is serious about re-establishing distance from American foreign policy while reinforcing its traditional stance of non-alignment known as the Estrada Doctrine.

Now we are here in Los Angeles to speak out as citizens from across the Americas united and calling for a new relationship between the U.S. and Latin America.

Tune in, we will bring you on-the-ground reports and interviews throughout the week.

Even if our leaders are in disarray, we the people of our hemisphere will continue to respect and work together to build a civic challenge to out-dated foreign policies based on intervention and aggression against international political rivals.. 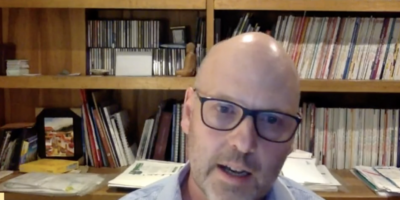