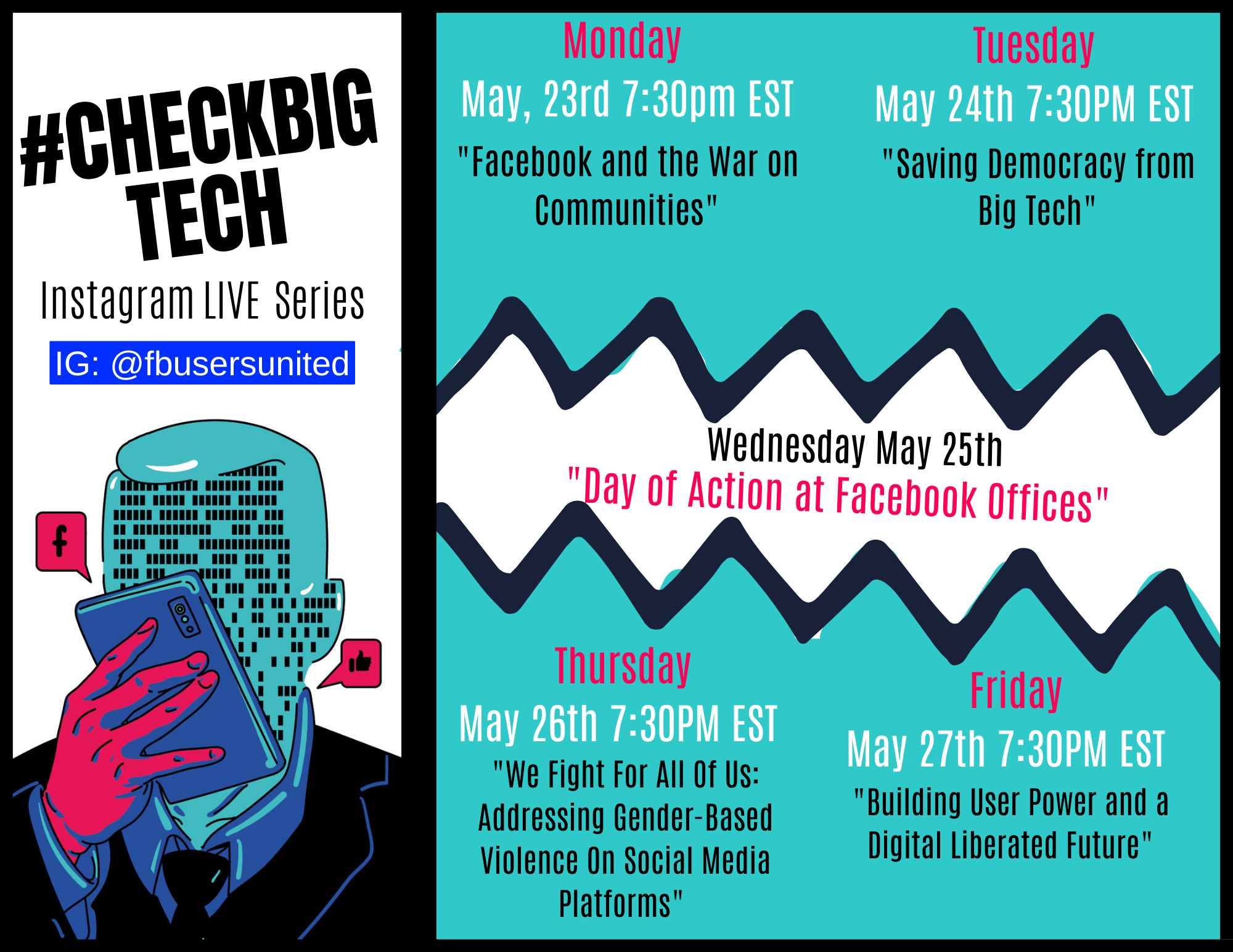 Join us all this week at @fbusersunited for a series of Instagram Live conversations to hold the Meta accountable for their failure to stop hate, violence and disinformation on their platform. Meet users and organizers around the world who are working to change Facebook.

We are calling on Facebook users to unite for a week of action to place user voices at the forefront of Meta’s 2022 Shareholders Meeting! There is no Facebook, Instagram or Whatsapp without us, the users. Users want Meta (and Mark Zuckerberg) to do better. We will no longer allow Facebook to harm its users, our communities, and our planet by spreading hate, violence, disinformation and misinformation for profit.

The tragedy in Buffalo, reveals how Facebook & other Big Tech platforms have allowed Neo-nazi’s & white supremacists to organize and spread their message on the platform. Facebook’s failure to address fascist violence – that they profit from – proves it is up to us to protect each other. We cannot allow Meta shareholders meeting to happen without holding them accountable for their role in the tragedy that happened in Buffalo, and the harm they have done across the globe.

When the government of Australia tried to regulate Facebook, the company shut off online access to hospitals, emergency services, and charities as a negotiating tactic.

In Kenya, content moderators who sort through horrible images to safeguard users were fired after trying to start a union and are suing Facebook for unsafe working conditions.

Mexico has become ground zero for the war on journalism where half of the journalists killed in 2021 posted on Facebook hours before they were killed, and journalists now live in fear of anonymous Facebook pages.

These more recent examples follow the company’s role in the genocide in Myanmar, in racial violence in India, and election interference, along with the platform’s documented harms to teenage users.

All the while we’re fed endless promises that this time it will be better, yet the global giant spins on, fueling hatred, spreading disinformation, doing nothing to stop vulnerable communities from harm, and making profits.

Facebook has been put on notice.  They CAN do better. They’ve just never been forced to do so.  We’re uniting users to demand a stop to the abuse.