The impacts of Hurricane Eta have devastated much of Honduras but particularly the northern and eastern areas of the country. Entire communities are flooded and according to government numbers, over 7,000 people have been forced to leave their homes or have had their homes totally destroyed. Thousands are seeking refuge in shelters inside schools, gymnasiums, municipal parks, houses of family and friends, etc.

At the time of writing, the heavy rain has stopped in most of the critical areas hit by the climate disaster but massive evacuations have been ordered by the government in low regions as rivers that originate in western Honduras where the storm continues with force, continue to rise and flood. More people are being forced to leave their homes and find shelter or seek higher ground, with the most minimal of their possessions. Many Hondurans in these regions have not seen or lived through a disaster like this since Hurricane Mitch that devastated Honduras in 1998. In many ways, Honduras still hasn’t gotten over or recovered what was lost during Mitch over 20 years ago.

How can you help?

With the devastation caused by Hurricane Eta, the HSN is launching this fundraising campaign to raise money for community-based organizations affected by the storm. All money raised will go to these well established organizations already doing the work, climate disaster relief and organizing that is needed for a sustainable and effective response to the damages and urgent humanitarian crisis caused by the hurricane. 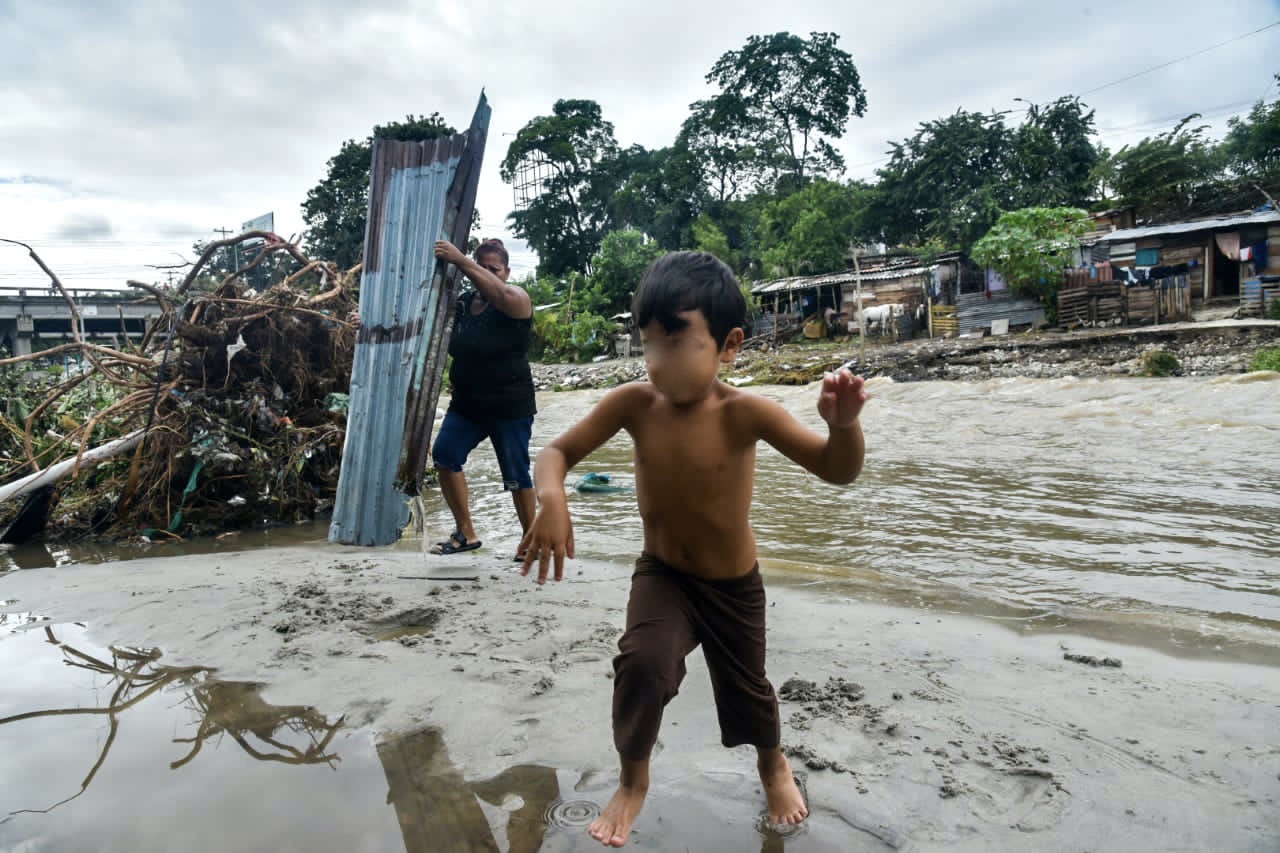 During a break in the storm, Hondurans living along the Río Blanco in San Pedro Sula took time to salvage debris and drain/clean. Photo Credit: Seth Berry.

100% of the proceeds go to Hondurans affected by the hurricane. Money will be sent via bank transfer to community organizations in Honduras when possible. If banks are closed as a result of the damage and flooding in northern Honduras, money will be physically taken when possible in a safe manner, to the groups in order to facilitate their emergency response efforts. Our Honduras-based Coordinator, Karen Spring will be facilitating these efforts from Tegucigalpa along with the Honduran groups the HSN supports and works with.

Why should you help?

On November 4th, the Honduran government declared a national emergency on top of the national emergency declared in March 2020 for the Covid-19 crisis. Before the hurricane and the pandemic hit Honduras, over 60% of Hondurans lived in poverty. Since Covid-19 started, many have lost their livelihood. The hurricane will just add to the poverty, misery, hunger, insecurity, and dire circumstances that so many Hondurans were already living.

Rising rivers like the Ulúa and Aguan river in north and northeastern Honduras have spilled over destroying crops, critical infrastructure such as bridges, roads, and worse, people’s homes and their entire livelihood.

Honduras seems to live in endless crises. In 2009, the US and Canada supported a military coup that overthrew the democratically-elected government of President Manuel Zelaya. After 2009, Honduras turned into one of the murder capitals of the world and one of the most dangerous places to be a land defender, journalist or lawyer. In 2017, an electoral crisis rooted in widespread electoral fraud saw massive protests around the country as Hondurans attempted to change their government and their difficult reality and living conditions. These courageous efforts were ignored and the US government legitimized fraud and continued supporting the illegitimate government of Juan Orlando Hernandez, now widely named and accused of being a co-conspirator in large-scale drug trafficking to the US.

The Honduras Solidarity Network (HSN) has worked for over 11 years supporting grassroots community organizations across the country. We support communities and their organizations  in resistance that address the structural causes of the problems they face.

This is the time for solidarity. Please give generously, every little bit helps!