Act now! Demand authorities an immediate emergency investigation and action to save the lives of Snider and the others:

On the morning of Saturday, July 18, Garifuna leader Snider Centeno and other three members of the Triunfo de la Cruz community where kidnapped and disappeared by a group of men wearing bullet proof vests. Snider was the president of the elected community council in Triunfo de la Cruz and his community received a favorable sentence from the Inter-American Commission on Human Rights in 2015. However, the Honduran state has still not respected it.

The kidnapping and disappearance of Snider and at least other 3 men is another attack against the Garifuna community and their struggle to protect their ancestral lands and the rights of afro-indigenous and indigenous people to live.

Write and/or call you Congressional reps and Senators; a script for emails with information and demands that can also guide a phone call follows this text.

If you don’t have contact information for your elected officials you can go to : https://www.house.gov/ and https://www.senate.gov/

If you have trouble with calls to their D.C. offices because no one is there, you can try their home district offices (the information for those should be on their information page).

As your constituent, I am asking you to call the State Department and U.S. Embassy in Tegucigalpa, Honduras about the recent abduction and forced disappearance of four members of the Garifuna community of Triunfo de la Cruz: Snider Centeno, Aparicio Mejía García, Joel Martínez Álvarez, and Alber Sentana Thomas. We have already alerted Honduran officials about the need to immediately investigate this incident and return these men to their communities unharmed, but it has been several days without result, and we are gravely concerned about their safety.

On the morning of Saturday, July 18 at approximately 6 am, these four men were kidnapped and disappeared by a group of men wearing bullet proof vests and believed to be police. The men’s vests had police investigative unit insignia (DPI by its Spanish acronym) on them, although the men arrived in unmarked cars.

Snider Centeno is the president of the elected community council in Triunfo de la Cruz. He and his community won a case heard in the Inter-American Court on Human Rights in 2015 against the Honduran state for property rights violations and failure to consult the Afro-indigenous community about tourism developments on their land. However, the Honduran state has not respected the ruling and continues to encroach on Garifuna ancestral lands, to which the Garifuna have title, for the purpose of developing beachfront properties for tourists, including the lands belonging to Triunfo de la Cruz. The community has continued to vocally oppose the Honduran state’s illegal allocation of their lands to development corporations without consultation of the community. We are concerned that the disappearance of this Garifuna leader is in retaliation for this opposition.

Snider Centeno, Aparicio Mejía García and Joel Martínez Álvarez are members of the Black Fraternal Organization of Honduras (OFRANEH), the Garifuna organization working to protect Garifuna economic, social and cultural rights. OFRANEH has been involved in legal suits and non-violent protests against the Honduran state for its violation of Garifuna rights. We believe they may also have been disappeared because of their membership in OFRANEH.

Since the kidnappings, Honduran police have harassed the communities protesting the disappearances and in Triunfo de la Cruz at least one vehicle with unidentified armed men was seen last night driving circulating in town which is an act of intimidation.

On May 7, 2020, the State Department certified Honduras on its efforts to providing effective and accountable law enforcement and security for its citizens among other human rights-related issues. I have serious doubts about these efforts. This particular incident, one among many other attacks, kidnappings, and assassinations carried out against civilians by Honduran security forces, highlights the continuing insecurity faced by individuals expressing opposition to the government and land defenders in Honduras.

Please communicate with utmost urgency to the State Department and Embassy that they must urge Honduran officials to find these men and return them to their community. Time is of the essence—many of those who “disappear” in Honduras are later found dead. 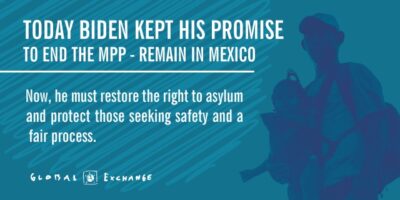 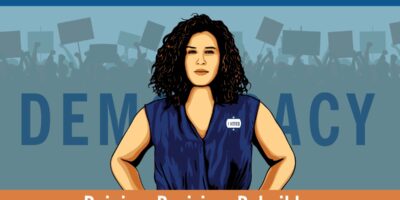 Sam Cooke called it: A Change is Gonna Come.