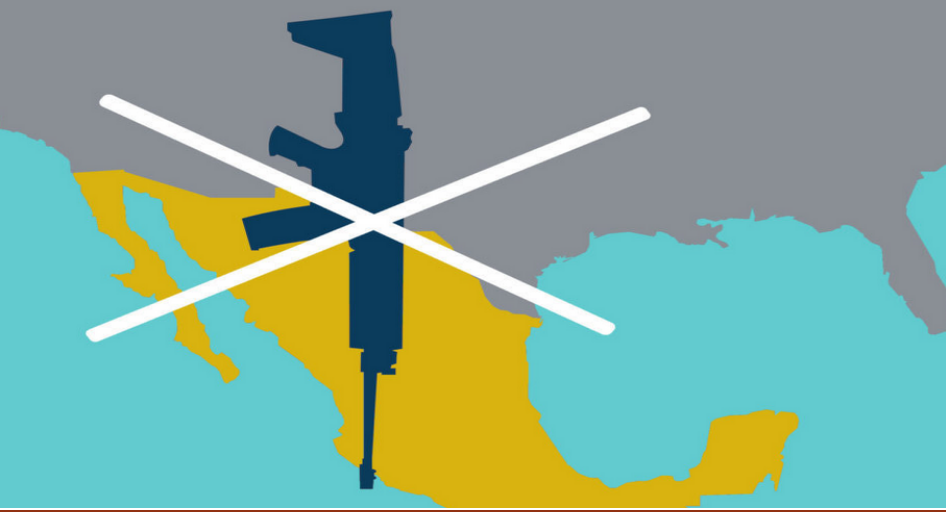 Here is your chance to support limits on U.S. gun exports to Mexico that contribute to the unprecedented levels of gun violence there.

Call on your member of Congress to act and do the right thing.

Urge him/her to sign the “Dear Colleague” letter (text is below) circulated by Congressmen Grijalva and Lowenthal to prevent guns exported from the United States from getting into the hands of human rights abusers or organized crime, especially in Mexico.

These legally-exported weapons have already been used in massacres, disappearances, and by security forces that collude with criminal organizations or those who have committed serious human rights violations.

Thank you for taking action.

Text of the letter open for Congressional signatures circulated by Representatives Raul Grijalva and Alan Lowenthal:

We are concerned that your department’s plan to aggressively promote American weapons exports without a proper tracking system for end users will continue to result in weapon transfers to Mexico that arm security forces with ties to criminal organizations or that have committed serious human rights violations. We call on you to implement a comprehensive and transparent tracking system that ensures these weapons do not end up stolen, lost or placed in unauthorized hands, and request information pertaining to current exports.

The legal export of weapons and explosives from the United States to Mexico reached more than $122 million between 2015 and 2017, more than 12 times the amount of those exports between 2002-2004.[1] Legally exported weapons from the U.S. have already been used in violence, disappearances and massacres against civil society. The local police who attacked and disappeared 43 Ayotzinapa students in September 2014 were armed with AR-6530 rifles supplied by Colt Defense Industries.[2] The Mexican Army has disclosed that more than 20,000 firearms obtained by Mexican local and federal police went missing or were stolen since 2006.[3] These examples demonstrate the urgent need to ensure U.S. weapons do not land in the wrong hands.

We are concerned that an export license for the U.S. gun producer Sig Sauer to sell up to $266 million worth of firearms to the Mexican military, issued by the State Department in 2015, may reinforce the newly expanded role of the Mexican military in civilian law enforcement, or result in arming police or military units that are colluding with organized crime and have committed serious abuses. We request information from the State Department on how you will ensure this does not occur.

We request that your department conduct an analysis to determine whether U.S.-manufactured firearms in the possession of Mexican police in Guerrero, Veracruz, Tamaulipas, Chihuahua, and Michoacán states were exported pursuant to a license that named these police as end users; if not, what steps is the Department is taking to address this issue.

Criminal organizations and human rights violators in Mexico and elsewhere should not be benefiting from a lax U.S. firearms export policy that puts civilians at risk. Every life lost is a tragedy and we must do everything within our power to ensure U.S. policies are not needlessly endangering lives around the world.

We look forward to your response.

[2] American Friends Service Committee, Where the Guns Go: U.S. Policy and the Crisis of Violence in Mexico, 2016.