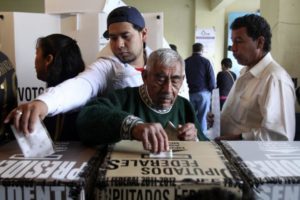 This week, at the invitation of Mexican civil society organizations, Global Exchange began a pre-electoral observation of Mexico’s 2018 election process that will culminate in the election of a new President, eight governors, the House of Representatives, and hundreds of local officials on July 1st.

These elections have drawn international attention because center-left presidential candidate Andrés Manuel López Obrador has held a double-digit lead for months. Nevertheless, the voting will be held as the country faces unprecedented homicide rates nationwide. And the elections have not been immune. Since the electoral calendar got underway last year, 89 local candidates have been assassinated — ten of them in just the last month. 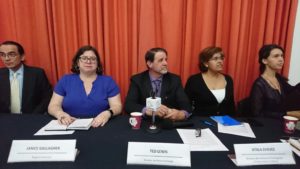 On Tuesday, May 8th, we held a press conference in Mexico City announcing our plans to assess conditions in the northeastern border state of Tamaulipas, a state that has been beset by violence and effectively isolated in recent years. Since 2016, Global Exchange has repeatedly visited the state, meeting with victims of violence and disappearances in an effort to break this isolation. 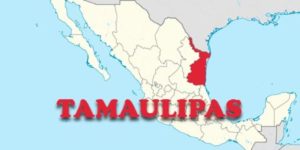 In the coming week, our observation team will crisscross that state meeting with a wide range of actors including victims of violence, political party representatives, elections officials, clergy, business leaders, and civic activists who have been forced to maintain a low profile due to threats and insecurity. We will visit the cities of Nuevo Laredo, Tampico, and Ciudad Victoria, all of which have been profoundly impacted by unrelenting conflict between rival criminal organizations and impunity due to the complicity of police and government authorities.

We are hopeful that Mexican civil society can recover and lead the way forward toward peace and justice. That is why we are working with our allies to break the fear that has enveloped Tamaulipas and so many other places in Mexico.

Please support our work with brave Mexican organizers and U.S. allies including the National Lawyers Guild, Witness for Peace, Rutgers University, Centro Laboral de la Raza, and many others.

At the conclusion of this pre-electoral mission, we will issue a report on conditions in Tamaulipas and elsewhere. We will then prepare a second group to arrive and stay in the country through the July elections.

Supporting our sisters and brothers in Mexico as they struggle toward justice and democracy is part of our answer to the vicious anti-Mexican rhetoric and practice of the Trump administration.

Please help us do this dangerous, difficult, and very important work.