Stand in Solidarity with the Indigenous struggle in Ecuador 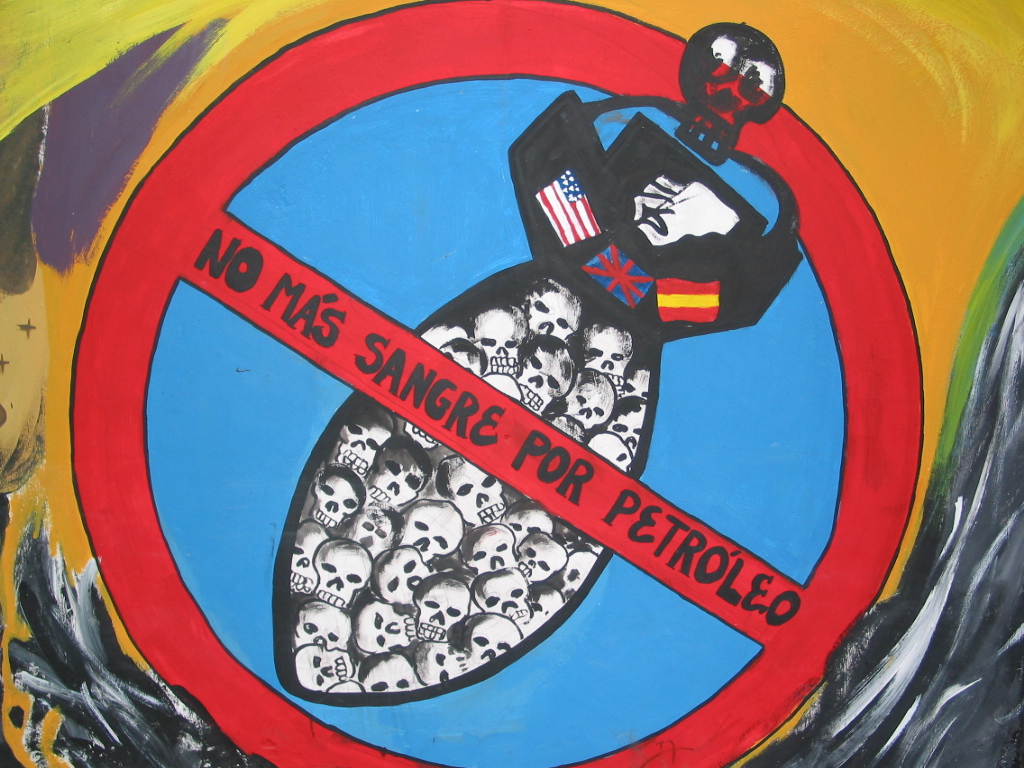 A new wave of oil drilling is moving deeper into the Amazon. Once again, Indigenous communities led by women have courageously stood up to the renewed attack on their lands, rights, and the environment. The international community must stand with them. Join us this summer on a delegation to the Ecuadorian highlands and Amazon basin where we will take a deep-dive into the current grassroots resistance to the exploitative, unsustainable, and toxic practices of extractive industries.

Ecuador’s state oil company brought in the new year with new oil wells. It began drilling the first of 97 of the planned wells inside a new field of the Yasuní national park, one of the world’s biodiversity hotspots. This is the second phase of the controversial Ishpingo-Tambococha-Tiputini (ITT) project (started in 2016) that creeps further into the national park.

Indigenous women organized in opposition to the drilling and recently secured a meeting with the country’s president, Lenin Moreno. They presented Moreno with a list of demands enshrined in the “Mandate of Amazonian Women” that calls on the government to end oil and mining projects on their ancestral lands as well as conduct official investigations into attacks against Indigenous leaders.

This delegation will meet with Indigenous women leaders from Sarayaku at the forefront of this effort. We will also meet with leading environmental NGOs including Acción Ecológica, currently under significant pressure from the Ecuadorian government to curb its activities. 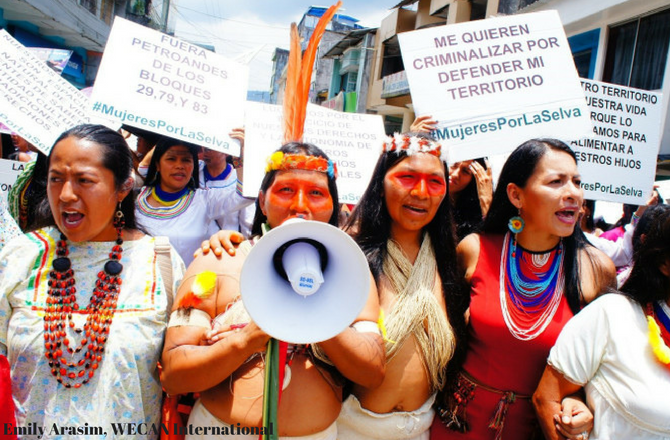 Just a few weeks ago on March 13, Ecuador launched a new bidding round for foreign companies to develop oil and gas reserves in Ecuador’s eastern Amazon region as well as in the gulf of Guayaquil. In light of this development, our delegation will grapple with the legacy of multinational oil companies in the country, with special attention on Chevron — a Global Exchange Top 10 Corporate Criminal.

We will visit oil pits where Texaco, acquired by Chevron in 2001, drilled using obsolete technology and substandard environmental controls from 1964 to 1990. We will see the devastation that the subsequent dumping of 18.5 billion gallons of highly toxic waste sludge into streams and rivers caused – and causes – local people dependant on the water for drinking, bathing, and fishing. We will also be introduced to some of the most successful local and international efforts to bring environmental and social justice to the Andes and the Amazon.

Please consider how you might take action for the earth and Indigenous people, whether by joining a delegation, sending a message to President Moreno, or demanding multinationals cease funding the destruction of the Amazon and violation of indigenous rights.

Nuestra Lucha Global: Advancing the Power and Reach of Our Global Struggle