Stand in Solidarity with Palestinians

Last Friday, over 30,000 Palestinians peacefully approached the border area of the Gaza strip, as part of the Great March Return, to bring attention to their unfilled right of return to their families homes and to highlight the ongoing plight of living under Israeli occupation. Israeli military forces responded with lethal force, deploying troops, drones, tanks, and snipers who fired on the crowds using bullets (live fire), rubber-coated steel pellets, and tear gas. By the end of the day, fifteen Palestinians had been killed and over 1,000 wounded.

Today, just one week later, the Israeli military killed another five Palestinians and wounded over 250. The toll is shocking, but premeditated. Israel had announced in advance that the protest would be met with military force.

March 30th marked the start of a of a six-week mobilization leading up to the 70th anniversary of the day (Nakba) in 1948 when the expulsion of 700,000 Palestinians began following the declaration of the State of Israel. It is now the most deadly day in Gaza since heavy Israeli airstrikes ended in 2014.

Refugees comprise nearly 90 percent of Gaza’s 1.9 million population. They live under a crippling decades-long economic blockade enforced by Israel and Egypt that has created conditions of permanent crisis. Poverty stands at 65 percent. Unemployment hovers around 45 percent.

Public health conditions in Gaza have deteriorated. An estimated 96 percent of the ground-water supply is undrinkable. Making matters worse, the Trump administration cut more than half of funding to the United Nations agency for Palestinian refugees — funds that have long provided life saving nutritional and medical support.

Palestinians have the right to protest these conditions peacefully yet, on Friday, were shot down as they did so. The murderously disproportionate violence meted out against demonstrating Palestinians is the latest in a long series of deadly responses to popular protests.

We condemn the unjustified use of force by the Israeli military. Lethal force must never be used against peaceful protesters! We echo calls from the European Union and the majority of the members of the United Nation Security Council for an independent and transparent investigation into the use of live ammunition.

Israeli defense minister, Avigdor Lieberman, has refused to allow an investigation. He has the support of the Trump Administration who blocked the U.N. resolution.

Ask the eleven Democratic members of Congress who just returned from Israel to:

1.)  Publicly condemn the attacks by Israeli Defense Forces against unarmed protesters in Gaza, and 2.) Join international calls for a full investigation of the tragic events.

Follow our Facebook page for updates on solidarity actions planned in the lead up to the May 15th the 70th anniversary of the Nakba. 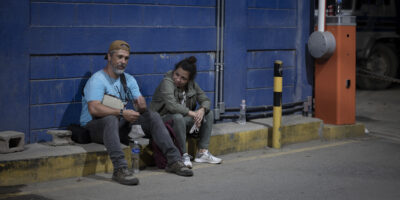 A Plea for Democracy in Honduras | Opinion 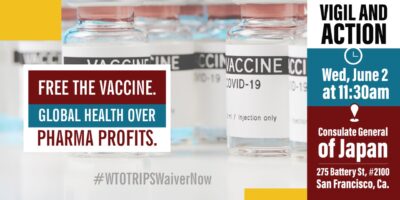