Why We Stand In Solidarity With Honduras 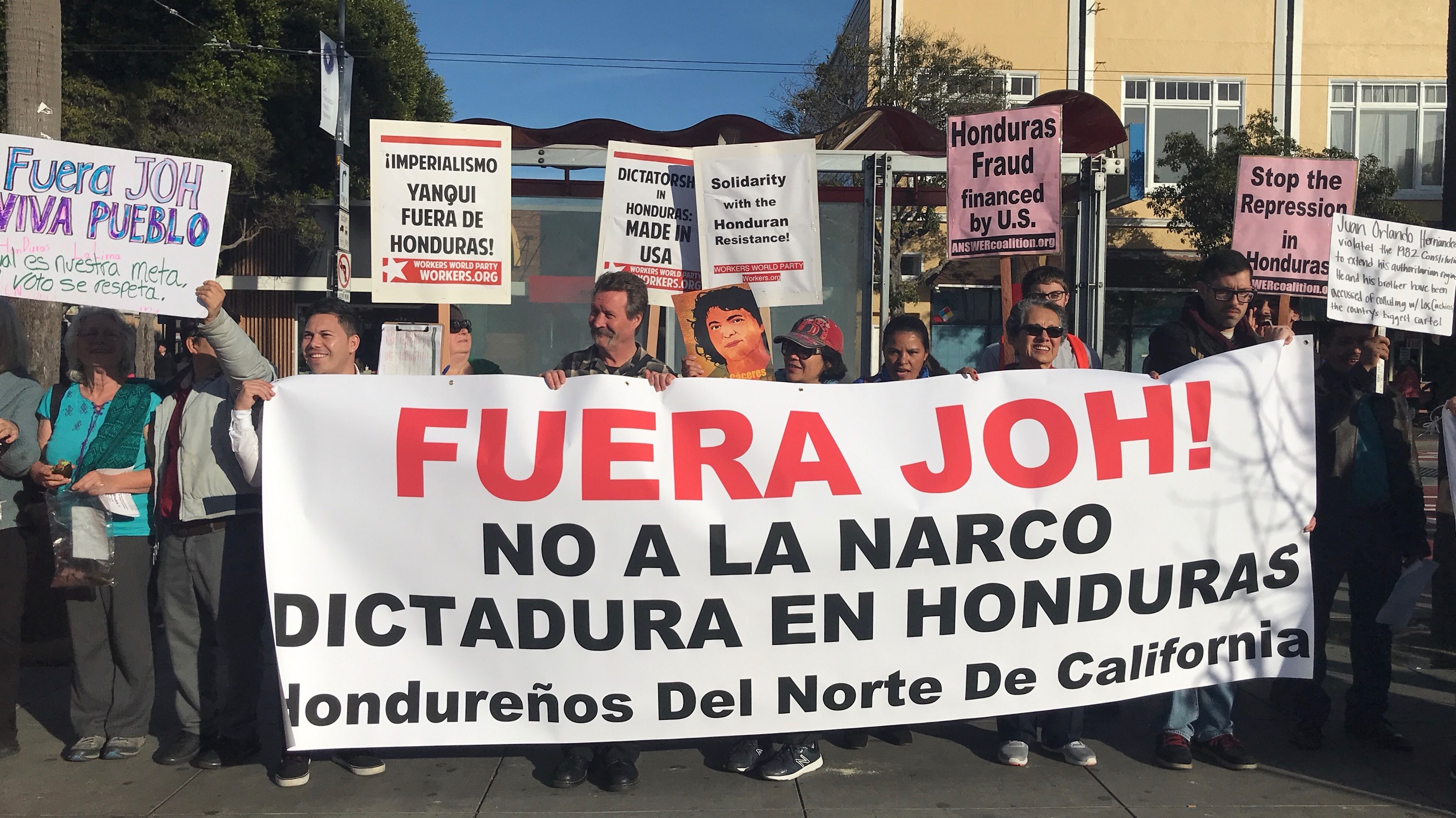 Protesters continue taking to the streets in Honduras in opposition to the inauguration of Juan Orlando Hernandez (JOH) where they are met by state-sponsored repression at the hands of a U.S. trained and financed Honduran military-elite. Over 30 people have been killed, and counting. Hundreds more have been arrested, arbitrarily detained and injured, including long-time Honduran activist, Edwin Espinal.

Not only did the State Department legitimize Honduras’ fraudulent election by recognizing Juan Orlando at the same time that the Organization of American States (OAS) reported the process to be “characterized by irregularities and deficiencies, with very low technical quality and lacking integrity.” It also supports the Honduran security apparatus with millions of dollars worth of equipment, training, and technical assistance despite continuous reporting that the institution is plagued by endemic corruption and impunity. The long-standing overlap between high-level officials, police, and drug traffickers was once again corroborated by recent reports that Honduras’ newly appointed police chief is implicated in illicit cocaine transit.

Assistance to Honduran military and police doesn’t end with State Department funds. The Pentagon has its own channels through which it can provide security assistance to the country. These channels authorize several hundred U.S. troops— including elite military units like Green Berets and Navy SEALs— to train their Honduran counterparts. In 2015, over a thousand Honduran military police received training from the U.S. military, up from 191 Hondurans in 2010. These trainings have been on the increase in recent years as the Department of Defense has outmuscled State for control over U.S. foreign military aid. Special Operation force deployments, alone, nearly tripled in Central America from 2007 to 2014.

The foreign aid is justified in the name of U.S. national security — to protect U.S citizens from drugs in transit through Central American corridors and from Honduran migrants seeking asylum.  Key components of the policy include fighting a regional war on drugs and reducing the in-country factors causing Hondurans to flee, like poverty and violence. The irony is cringeworthy: our Honduran partners in counternarcotics are in on the trade; the security institutions being trained to keep Hondurans safe are systematically repressing them; and the regime being propped up has intensified unregulated, “free market” capitalism, making life unworkable for many.

U.S. intervention in Honduras isn’t new. Military ties between the countries span decades, even leading many in the 80s to refer to Honduras as a Pentagon Republic. The nickname was fitting for a country used as the regional foothold for U.S covert operations against leftist movement. A more equitable allocation of the means of production (like land) threatened the geopolitical and economic interests of U.S. elite (like the United Fruit Company).  And so the U.S poured millions of taxpayer dollars into installing regimes disposed to “roll-back the pink-tide,” no matter the cost to foreign publics.

In rejection of this imperialist legacy, we have joined over 30 organizations across Canada and the United States in solidarity with the people of Honduras who do not accept the illegitimate and repressive imposition of Juan Orlando Hernandez. Last week, many of you took action with us by contacting your congress member, tweeting, posting selfies in solidarity, and participating in solidarity protests around the country. It’s not time to let up!

Co-sponsor the Berta Cáceres Human Rights in Honduras Act, H.R. 1299. The bill asks that the United States suspend all “…security assistance to Honduran military and police until such time as human rights violations by Honduran state security forces cease and their perpetrators are brought to justice.

Demand the immediate release of EDWIN ESPINAL, and of all political prisoners in Honduras.