Trump Admin Kills DACA, But the Fight is just Beginning 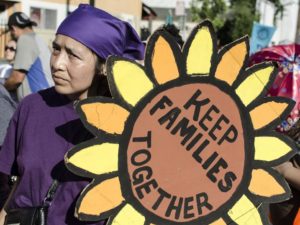 Attorney General, Jeff Sessions announced the termination of DACA this morning, ending protection for almost 800,000 immigrants who came to the United States as children and have already begun contributing to US society.

The move is heartless, foolish, and will bring long lasting, bitter, and well deserved repudiation to all in the Republican Party who support it.

The DACA decision comes just days after the pardon of Sheriff Joe Arpaio and makes chillingly clear that Trump’s embrace of a white supremacist agenda is not an aberration. Racism is the beating heart of Trump’s “America first” nationalism.

Trump’s DACA decision aims to break families, break communities, and break hearts. We must reject it with great force and moral courage that matches that of the “dreamers” who are standing up to be counted in the face of looming threats.

Hit the streets today, if you can.

There are actions happening all around the country, a few listed below. Join us in the streets today.

There are six months before the program ends, so we will need Congress to act. Follow our allies at United We Dream,www.unitedwedream.org, and Movimiento Cosecha, www.lahuelga.com, to learn about more ways to act.

There is a lot more fighting to do.

See you in the streets,

Watch: What You Can Do To Stop Lies and Hate on Facebook.