We remember our first Reality Tour to Cuba back in 1990 when travel to the island was rare.  There was no freedom to travel there and  we worried that we would be fined or sent to prison, but we knew that the embargo was wrong, and we took the risk. Twenty six years later, we thought we broke through, as President Obama began the process of normalization. 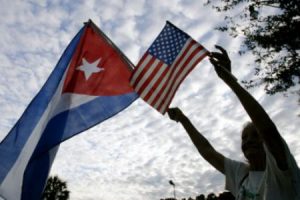 We know that there is much more to be done to have a full normalization of relations, including a Congressional ending of the embargo and the return of Guantanamo to a sovereign Cuba.  As part of  our collective struggles, Cuban families can see each other more often and send remittances.  There has been a surge of travelers from the United States who have had the opportunity to see Cuba with their own eyes.

We at Global Exchange are working to ensure that this new wave of travel is socially and ethically responsible tourism. We want to have exchanges between Cubans and Americans that share the best of both countries. These new travelers should learn about Cuba’s history, healthcare, culture, its internationalism.

The new administration is threatening to put that all at risk, and bring back the old Cold War irrational trade embargo.  But like many parts of the Resistance, this can be thwarted, with public pressure.  So, here are three thing you can do:

@realDonaldTrump increased travel & trade with Cuba benefits US industries and both US & Cuban people! #USCuba #EndtheEmbargo

I demand my right to travel freely to Cuba! @realdonaldtrump, Don’t roll back the policy of USCUBA Engagement #EndTheTravelBan 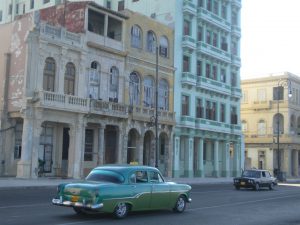 3.  Join us for a trip to Cuba now.  We have open tours that anyone can join, or we can customize one for your group.

We took a risk 25 years ago, so that we could move forward in people to people relations between our two countries.  Please join us in pushing to end the embargo and end the travel ban, and if you have not been lately, join us in traveling and learning about what is new in Cuba.