The assault on our environment and our communities has begun. 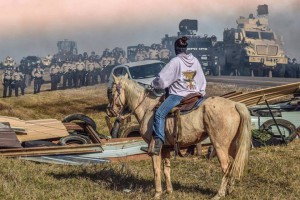 Today Trump has moved to reverse two big environmental victories won during the Obama years: 1.Reviving the Keystone XL pipeline project; and 2. resuming construction of the Dakota Access pipeline that had been halted last fall by a powerful and broadly supported Sioux-led encampment at Standing Rock.

Today’s news is not entirely unexpected. Trump spoke out against the “River Defenders” during his campaign.

We refuse to allow Trump and his climate deniers and Big Oil backers to put our communities and climate at risk to deepen their profits.

We await word from tribal leaders as to what steps they will ask supporters to take. Please stay tuned, we’ll be sure to share out developments and calls to action.

P.S. Rallies are being organized tonight at the White House and Trump Towers in New York City.