Spotlight on Chiapas: A conversation with our partner on the ground, Jet Nauta

Global Exchange went to Chiapas, Mexico more than twenty years ago when the Zapatista rebellion erupted in 1994. After the signing of NAFTA, the Zapatista Army of National Liberation (EZLN) declared war against the state and organized a widespread movement with unified ideologies focused on autonomy and justice for the marginalized people of Mexico. Despite the Zapatista movement’s commitment to taking direct action through non-violent means, the entire state of Chiapas became militarized as government armed forces occupied the region, repressing ordinary citizens with violence and intimidation. The eruption of this movement caught the attention of Global Exchange and many other delegations from the U.S., Latin America and Europe, who came together to develop a coalition to support local organizations in their struggle for peace and justice. One of the original organizations in this coalition was SIPAZ, or the International Service for Peace, who is now one one of our strongest ties to the area. SIPAZ was created in the midst of this sociopolitical resurgence in direct response to the need for international support and visibility for the movement. SIPAZ states on its website that the conflict in Chiapas and other parts of Mexico, “cannot be defined as something spontaneous, but rather as the result of a long and complex process in the context of historical injustice.”

Last week, I talked to Jet Nauta, one of our Reality Tour guides and a team member of SIPAZ, which operates out of the city of San Cristóbal de Las Casas. She has been living and working for SIPAZ for fourteen years and as a Reality Tour guide for six. As someone who has personally been able to witness the movement in Chiapas for several years and works to support those who are fighting every day, Jet hopes to show visitors “the complexity of the issues” at hand, so that more people can understand the strategies employed by the Zapatistas to solve social problems from within. We are highlighting Jet and SIPAZ this week to spread the word about the opportunity to visit Chiapas with Global Exchange Reality Tours, experience its magnificent natural beauty and learn about alternatives the Zapatista movement has proposed. 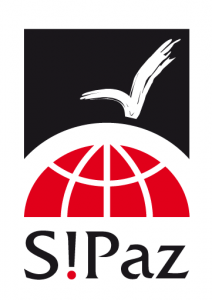 The SIPAZ team represents a coalition of several countries globally, and focuses the majority of its efforts on international accompaniment and observation, as well as research and peace education. SIPAZ team members are invited to local demonstrations and events which they attend to show solidarity and provide visibility for environmental and social justice organizers; with these small actions, they hope to prevent human rights violations, violence, and intimidation by corporations and government officials on the ground. In addition, SIPAZ gathers, documents and analyzes information on the current situation in Chiapas, informs local actors and then takes necessary actions to reduce conflict. They lead workshops in communities in order to create safe spaces for reflection on themes such as nonviolent activism, conflict transformation and peace and reconciliation. Jet acknowledges that “there is still a lot of work to do” in the region, but is hopeful for its success. When I asked her about what she sees for the future of SIPAZ in Chiapas, she answered without hesitation that, “the goal is to disappear…so that we are not necessary anymore.” To Jet, autonomy and freedom from the need for international support should be the ultimate goal for every organization working for human rights causes abroad.

In our discussion together, Jet was especially candid in her discussion of the good and bad that comes with travel to Chiapas, especially in finding a balance between her work with GX and SIPAZ without becoming a full-time tour guide. She explained how there was an influx of tourists in Chiapas immediately after the Zapatista uprising but then travel slowed down as unrest persisted and interest in the issues declined. Now much of the general public is unaware or disinterested in the conflict that is going on considering the current global climate, and Jet believes we have much to learn from the Zapatista’s alternative models. While she is excited and eager to have people come and visit, she is also wary of the quantity of travelers because she has seen some of the changes that have come with increased tourism, such as big tour buses barreling through small communities outside of San Cristóbal de Las Casas and large businesses’ demanding more land and pushing people out of their homes and jobs. However, Jet suggests that small efforts towards conscious travel can go far. To her, being cognizant of how equipped the communities you visit are to host visitors and being sensitive to the social climate can help visitors to not interfere with or disrupt the lives of locals, which is why she is such a strong supporter of Global Exchange Reality Tours. 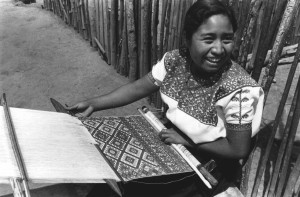 Jet’s Reality Tour itineraries focus on the history and current reality of Chiapas and the Zapatista movement, free trade, autonomy, land rights, indigenous groups, mining and infrastructure, women’s rights, children’s rights, and migration. On Reality Tours to Chiapas, she highlights the connection between U.S. policy and its effects on local communities, reminding delegates that “we’re [outsiders/visitors] not here to fix, we’re here to learn” and that “it’s not my task to convince you…but to show you perspectives and voices” in order to better understand the problems. She further emphasizes that she hopes that people on her tours “go away with more questions than they came with.” Participants in Chiapas tours also visit the Zapatista caracoles (meeting centers for the communities), as well as Acteal, the site of the 1997 massacre of 45 Indigenous people who were simply praying together. Tours will learn more about Ayotzinapa and the disappeared people of Mexico. The tour takes delegates to the jungle to discuss land rights and conservation, with a focus on the damaging effects of electro-dams, tourism projects and crop monoculture which largely only benefit international economies. Tours also visit the captivating ruins of Palenque and other magnificent natural spaces in the region. Participants may ponder questions such as “What is development?”, “What is our role in international human rights?” and “What can I do with the privilege of travel?”

Work with Jet to design your own custom tour or join her on an open tour to Chiapas to learn about the work being done by local movements to resist injustice. For more information on how to visit Chiapas with Global Exchange, go to realitytours.org. 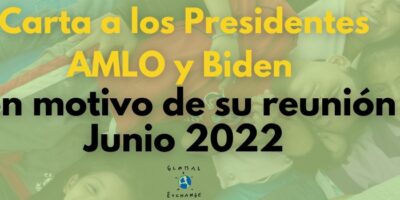