The Devastating Effects of Extractive Activities on Peru’s Indigenous Peoples

The primary threat to indigenous lands today is that of the extractive and agricultural industries that want to exploit their natural resources and fertile lands. This is a very difficult issue because Peru’s economy is to a large degree dependent on the exploitation of natural resources. More than half of the country’s exports are mining products and hydrocarbons. According to a 2014 study by Grupo Propuesta Ciudadana, one fifth of the national territory is under mining concessions, while twelve years earlier this was only 6%. Between 5 and 6% of concessions are in the exploration and exploitation phase at the moment. 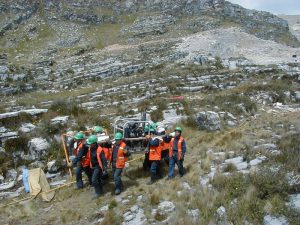 There are no precise official figures on the percentage of concessions affecting indigenous lands. However, in terms of hydrocarbon activities, it is estimated that about 88% of the concessions in the Amazon currently under exploration or exploitation are located on lands titled to indigenous communities, and about 32% of the concessions are found on reserves created for indigenous peoples in voluntary isolation. Extractive activities threaten the indigenous rights over their traditional lands and natural resources, most importantly water, and the related rights to self-determination and to establish their own priorities for development but also the rights to life and to a healthy environment.

Extractive activities have had, and continue to have, a disastrous social and environmental impact on many indigenous peoples, in both the Andean and Amazon region. One of the main problems is the pollution generated by finished as well as on-going projects. Although nowadays there are environmental standards for extractive activities, many projects finished before these were developed and the lands and resources continue to be severely polluted. Current projects still cause environmental damage to lands and resources through oil spills or mining waste, for instance, and they compete for the use of the scarce resources of the indigenous communities, especially water. 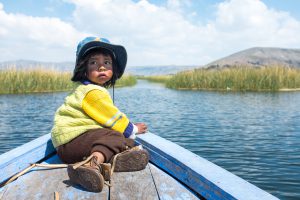 One of the emblematic cases of environmental damage by oil exploitation that has affected the territories and lives of indigenous peoples is the contamination of the Amazonian basins of the Tigre, Corrientes, Pastaza and Marañón. Forty years of oil activities have caused heavy metal and other petroleum by-product contamination of soil and water bodies used by local indigenous peoples who rely on these as their water and food sources. The government has not taken sufficient action to decontaminate soils and water sources in the region, even though international actors have repeatedly urged Peru to meet its obligation towards indigenous citizens living in the affected area. Even though there are stricter environmental regulations in place now, oil spills still regularly occur by private and public companies. In June 2014, the state company Petroperú’s oil pipeline in Cuninico in the Loreto region leaked more than 1,600 barrels of oil, which directly affected five indigenous Kukama communities. The oil killed fish, the main source of food for these communities, and other animals and contaminated the river that the communities use for drinking, cooking, washing and bathing. Many indigenous people became ill after drinking the water or bathing in the river but, as these communities have no alternative water sources, they did not have another choice. Six months later, only one of these communities had received water and food aid. Just a few months later, there was another oil spill close to the neighboring community of San Pedro. 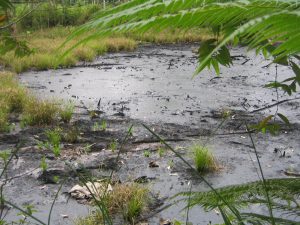 There are many cases around Peru, which have received a varying amount of attention, in which indigenous communities suffered the detrimental effects of mining activities. High profile cases included the Conga or Tia Maria cases, but there are many other lesser-known cases in which mining activities have had or continue to have a negative impact on the local indigenous population. In the Ancash region, for instance, the mining company Acosta and Peña made use of a water basin for 8 years without authorization from the local water authorities. The exploitation has altered the course of groundwater and polluted the water with iron oxides and heavy metals. This affected the local campesino community, which already faced severe shortage of water resources and whose main activity is subsistence agriculture and animal husbandry. In the region of Puno, the problem of mining pollution continues to worsen in the basins of Jatun Ayllu and Llallimayo. For many years, locals denounced the pollution of the tributaries of these basins, the death and malformation of their alpacas and cattle and the disappearance of cultivation pastures.

While legal mining projects still have to comply with certain environmental standards, illegal mining, still practiced by about 60,000 people in Peru, is performed without any regulation and with devastating consequences for the environment and its inhabitants.

Learn more about Peru’s indigenous people and their struggles on our next Peru Reality Tour tour, where we’ll visit the projects of Saphichay, a local NGO that focuses on indigenous rights and preserving indigenous traditions.