Despite the fact that Castro has given testimony about the attack to Honduran authorities, he is being refused the right to return to Mexico. 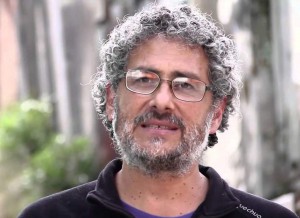 Yesterday, on Sunday, March 6, 2016, Gustavo Castro went to the Tegucigalpa airport but was denied the right to leave. Castro is currently in the Mexican Embassy with diplomatic protection, but he fears that his safety is at risk and wants to leave.

Berta Cáceres and Gustavo Castro are both leaders in social and environmental struggles defending the rights of Indigenous and campesinos. Berta Cáceres led the Council of Popular Indigenous Organizations of Honduras​ (COPINH).  Gustavo Castro is Mexican citizen and a member of the organization Otros Mundos Chiapas/Friends of the Earth-Mexico, the Mexican Network of Mining-Affected Peoples and the Mesoamerican Movement against the Extractive Mining Model (M4).

Please join in efforts to demand that Gustavo Castro be allowed to return to Mexico.

TAKE ACTION:
Please call/email the offices below (and your own Senators and Representatives) and state the following demands:

We demand urgent action to protect Gustavo Castro Soto, a Mexican activist was injured during the assassination of Berta Cáceres, and to ensure his safe passage back to Mexico.

The assassination of Berta Cáceres and wounding of Gustavo Castro, are just the most recent acts of systemic repression in Honduras. The security of all of the members of the Council of Popular Indigenous Organizations of Honduras​ (COPINH) must also be guaranteed.