Though photographer, actor, and singer Byron Motley grew up in Kansas City, he was conceived in Cuba. No, really. In 1958 his father, an umpire for the Negro Leagues, was visiting Cuba with Byron’s mother to check out an umpiring job offer there. When Byron did the math years later, he began to understand his passion for the island.

So, 47 years later, when the LA-based artist stepped off the plane in Havana for the first time,  he heard a voice telling him: “I’m home”, and he truly was.

Byron Motley has just published a gorgeous photographic essay of the island aptly titled, Embracing Cuba.  “It’s a place”, he says, “that feeds my soul like no other place”. 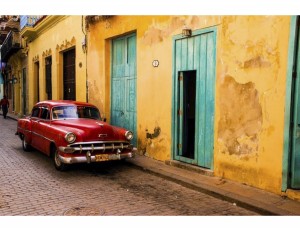 Embracing Cuba, which is dedicated by Mariela Castro Espin, the director of Cuba’s National Sex Education Center and one of the island’s foremost promoters of LGBT Rights, illustrates why he feels the way he does about Cuba.

The photographs capture the sights , sounds and smells of the island along with the rhythms of the bolero and chaguie, mambo and rumba. He presents its tranquil beaches and the leisurely mood of Havana’s Malecon. Motley shows us the nostalgic aura of Cuba’s classic cars, the beauty of its decaying colonial structures, and “some damn good baseball”, which had also struck Bryon’s dad during during his visit in 1958.

There is an entire section on the island’s cocky and winsome dogs, and his images bring to life Cuba’s infectious music, art and dance; its politics, sports and most of all, the spirit of its marvelous people. 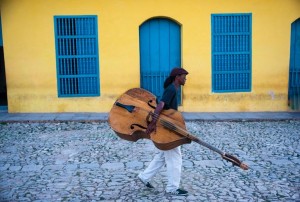 In 2010 Byron attended the third annual Cuban Internal Day Against Homophobia (IDAHO) and he has chronicled every one of the programs since.

Over the past decade, Byron has seen many changes in Cuba. Among them are advances made by the LGBT community, which he characterizes as moving along “making steady strides”.  New businesses are popping up everywhere and he notes, they are not just for tourists, but rather for Cubans themselves.

Fortunately, Bryron Motley’s lovely collection of photographs in Embracing Cuba has come out at a time when interest in the island has peaked because of the newly reestablished relations between our two governments. 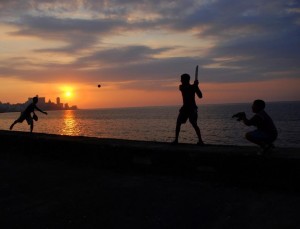 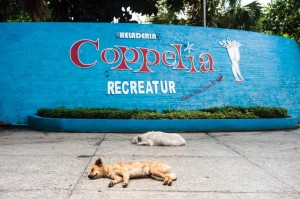 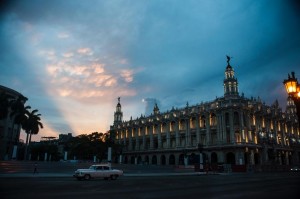 The book is published by University Press of Florida