Reflections on a Travel Learning Course to Argentina

Paul Dean is co-creator and co-editor of The Sociological Cinema, and an Assistant Professor of Sociology at Ohio Wesleyan University. He took his OWU students to Argentina with Global Exchange in the spring of 2014 and will be going again this upcoming spring of 2016. Read on to hear more about his trip! And click here to learn more about Global Exchange trips to Argentina.

Note: this blog originally appeared in The Sociological Cinema in April 2015. 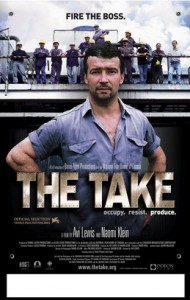 Before watching the documentary, The Take, in 2007, I knew little about Argentina or the growing movement of occupied factories there. I learned that in 2001, Argentina’s entire economy collapsed and much of their population lost their jobs (unemployment was as high as 50% in some area). Hundreds of factories and other workplaces went bankrupt, and owners simply abandoned them. But eventually workers started returning to their workplaces and running them themselves. They all had to struggle, but many of them actually obtained legal ownership of their previously abandoned workplaces; then they formed democratic worker cooperatives to run them. As a young graduate student in sociology at the time, I was inspired by seeing ordinary people occupying their workplaces and running them without bosses or managers. Their motto was “occupy, resist, produce” and they were doing it in large numbers. I was blown away; I wanted to know more but there was only so much I could learn until I traveled there to see firsthand.

It was not until 2012, when I was hired as an Assistant Professor at Ohio Wesleyan University (OWU), that I would have the opportunity to travel to Argentina—with my students—and study the movement of occupied factories. OWU offers what we call “travel learning courses,” in which students complete a full semester course, which has a travel component that builds upon and enhances students’ classroom learning. The opportunities of travel experiences in mastering course content and learning values like citizenship, social justice, and empathy are well documented in the literature. For example, Forster and Prinz (1998) long ago noted the opportunities of travel to promote experiential learning. Fobes (2005) showed us how a critical pedagogical perspective in a sociology study abroad program can teach global citizenship. Popular travel writers like Rick Steves (in Travel as a Political Act) have written about the ability of travel to connect people and broaden our perspectives. In conjunction with theories and research learned in the classroom, travel can make these concepts come alive and inspire students to take action. 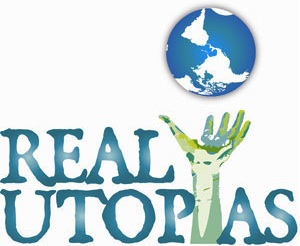 So I immediately started planning a course on Social Movements that would examine the movement of occupied factories and various other examples of collective action. The course taught students key social movement theories and concepts, including social movement emergence and mobilization, why individuals participate in social movements, what strategies they use, and so on. But I also wanted students to actively think about possibilities in building a better world.I wanted the course to show students that these movements are promoting viable alternatives in building more socially just societies and to inspire them to take action. So I organized the course through Erik Olin Wright’s concept of “real utopias.” Since utopias are actually non-existent good places, the concept of real utopias is a bit of an oxymoron. But for Wright, the concept helps to illustrate the real potentials of humanity by showing existing projects that approximate utopian ideals and offers blueprints for institutional design. Like the occupied factories in Argentina, they are not perfect places. They have their own difficulties and issues that they continue working to overcome. But it reminds students to be conscious of what they are fighting for, and makes them aware that alternatives do exist, thereby providing motivation to keep fighting for a better world.

But having never been to Argentina, and not able to speak Spanish, I would need some help to tap into these networks of worker cooperatives. For a course like this to work, it would have to build upon strong social relationships and we would have to be able to give something back. This is when I started working with Global Exchange, a non-profit “international human rights organization dedicated to promoting social, economic and environmental justice around the world.” Since 1988, Global Exchange has offered “reality tours,” which are international educational programs that connect people throughout the world to foster positive social change. Global Exchange describes these reality tours as follows:

The idea that travel can be educational and positively influence international affairs motivated the first Reality Tour in 1988 … Reality Tours are meant to educate people about how we, individually and collectively, contribute to global problems, and, then, to suggest ways in which we can contribute to positive change locally and internationally … For decades Reality Tours has promoted experiential education and alternative, sustainable and socially responsible travel as a way to empower our participants while promoting the local economy and well-being of our hosts.

Given that Argentina was one of the many countries in which Global Exchange offers these “Reality Tours,” I was in luck. Working with Global Exchange and their wonderful partner in Argentina (thanks Delia!), we developed a customized tour that would best meet my learning goals and objectives. Our itinerary ultimately included visiting several recuperated workplaces and other self-managed worker cooperatives (e.g. a tango orchestra cooperative, a media cooperative), the famous Madres de Plaza de Mayo, a school that provides excellent education to children of a poor neighborhood and operates under the philosophy of Paulo Freire, groups protesting industrial agriculture and tree farming, and several self-sustaining farms, including a farm that uses both indigenous and scientific agricultural knowledge to design some of the most sustainable farming techniques in use today. Our travels to northern Argentina took us close to the amazing Iguazu Falls, so we visited the world-famous water falls in the rainforest. 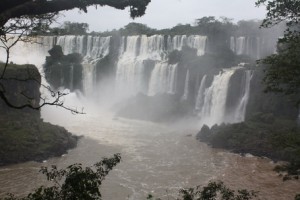 Our next two blog posts will offer reflections on our experiences in Argentina, including a post written by a student and another post from myself that offers an instructor’s reflections on the trip.

Click here for all upcoming open trips to Argentina with Global Exchange!