Is Fast Track Dead? Why it should be! 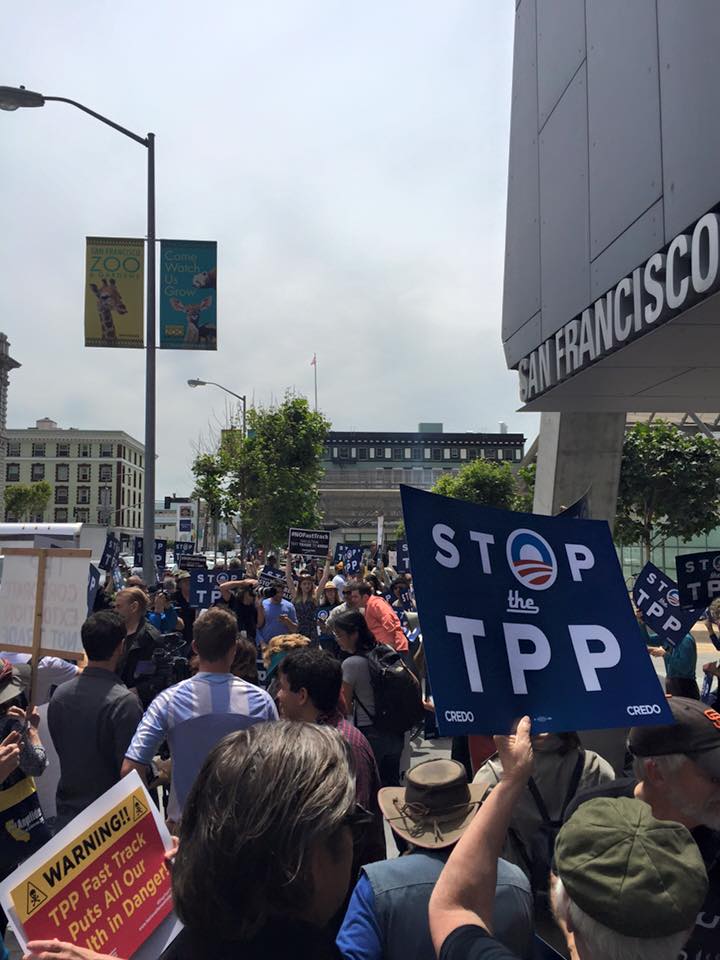 Thanks to you and all your hard work, Fast Track was blocked in the House, last week, Friday (June 12). The House listened to your calls, read your emails, got your message and voted down the Fast Track package – a major blow to the corporate backers of the Trans-Pacific Partnership!

But is Fast Track really dead?

While Fast Track was given a fatal blow on Friday, Obama and Republican backers are doing everything possible to revive this corporate backed bill and to keep the Trans-Pacific Partnership agreement on (fast) track.

We invite you to take a moment to read a recent post by Robert Reich, Professor of Public Policy at the University of California at Berkley, in the Huffington Post that underscores why Congress is having such a hard time passing Fast Track.

Why the Trans-Pacific Partnership Is Nearly Dead

By Robert Reich
Chancellor’s Professor of Public Policy, University of California at Berkeley; author, ‘Beyond Outrage’

How can it be that the largest pending trade deal in history — a deal backed both by a Democratic president and Republican leaders in Congress — is nearly dead?

The Trans-Pacific Partnership may yet squeak through Congress but its near-death experience offers an important lesson.

It’s not that labor unions have regained political power (union membership continues to dwindle and large corporations have more clout in Washington than ever) or that the President is especially weak (no president can pull off a major deal like this if the public isn’t behind him).

The biggest lesson is most Americans no longer support free trade.

It used to be an article of faith that trade was good for America.

Economic theory told us so: Trade allows nations to specialize in what they do best, thereby fueling growth. And growth, we were told, is good for everyone.

But such arguments are less persuasive in this era of staggering inequality.

For decades almost all the gains from growth have been going to a small sliver of Americans at the top – while most peoples’ wages have stagnated, adjusted for inflation.

Economists point to overall benefits from expanded trade. All of us gain access to cheaper goods and services.
But in recent years the biggest gains from trade have gone to investors and executives, while the burdens have fallen disproportionately on those in the middle and below who have lost good-paying jobs.

So even though everyone gains from trade, the biggest winners are at the top. And as the top keeps moving higher compared to most of the rest of us, the vast majority feels relatively worse off.

To illustrate the point, consider a simple game I conduct with my students. I have them split up into pairs and ask them to imagine I’m giving $1,000 to one member of each pair.

I tell them the recipients can keep some of the money only on condition they reach a deal with their partner on how it’s to be divided up. They have to offer their partner a portion of the $1,000, and their partner must either accept or decline. If the partner declines, neither of them gets a penny.

You might think many recipients of the imaginary $1,000 would offer their partner one dollar, which the partner would gladly accept. After all, a dollar is better than nothing. Everyone is better off.

But that’s not what happens. Most partners decline any offer under $250 – even though that means neither of them gets anything.

This game, and variations of it, have been played by social scientists thousands of times with different groups and pairings, and with remarkably similar results.

A far bigger version of the game is being played on the national stage as a relative handful of Americans receive ever-larger slices of the total national income while most Americans, working harder than ever, receive smaller ones.

And just as in the simulations, those receiving the smaller slices are starting to say “no deal.”

Some might attribute this response to envy or spite. But when I ask my students why they refused to accept anything less than $250 and thereby risked getting nothing at all, they say it’s worth the price of avoiding unfairness.

Remember, I gave out the $1,000 arbitrarily. The initial recipients didn’t have to work for it or be outstanding in any way.

When a game seems arbitrary, people are often willing to sacrifice gains for themselves in order to prevent others from walking away with far more – a result that strikes them as inherently wrong.

The American economy looks increasingly arbitrary, as CEOs of big firms now rake in 300 times more than the wages of average workers, while two-thirds of Americans live paycheck to paycheck.

Some of my students who refused anything less than $250 also say they feared allowing the initial recipient to keep a disproportionately large share would give him the power to rig the game even more in the future.
Here again, America’s real-life distributional game is analogous, as a few at the top gain increasing political power to alter the rules of the game to their advantage.

If the American economy continues to create a few big winners and many who feel like losers by comparison, opposition to free trade won’t be the only casualty.

Losers are likely to find many other ways to say “no deal.”