In celebrating our 25 year commitment of solidarity with the Cuban people and our Reality Tours to Cuba, we recognize and appreciate the hundreds of letters and report backs we’ve received from our participants!  Today we hi-light a story from Bob Hoffert of Fort Collins, Colorado.  Bob gives us a glimpse into what many Cubans call “the island of contradictions.” 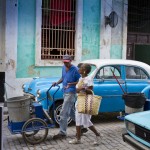 From Saturday, March 14, 2015 until Sunday, March 22, 2015 I was in Cuba. It was an experience that encourages intense reactions in me more than measured assessments.

My preference would be to offer an organic, integrated account of Cuba because that probably would be a more appropriate representation of Cuba itself.   However, what I can share are glimpses, perspectives, components – not something holistic.

Yes, Cuba was like entering a time capsule, but what you can express in words doesn’t always coincide with the vitality of your senses. The preponderance of 1950s era American cars, the inaccessibility of the web or ATMs, the largely invisible status of cell phones, the uselessness of credit/debit cards, the miniscule presence of anything that resembles a conventional “store”, the cluelessness of where you’d get a hammer or underwear or matches, the absence of fast food or fast anything coalesce into a world more disorienting than merely different. If you’re looking for what’s familiar, stay home.

I also had no sense of the precariousness of Havana’s treasures. There is significant evidence of restoration work throughout the city, but deterioration appears to be outpacing restoration. According to one knowledgeable source, an average of three buildings a day collapse throughout the city. And please do not simplistically displace this condition on Cuban socialism. A poor country, blessed with such a rich structural heritage, but saddled with a brutally punishing blockade can only respond within the possibilities of its capacity. 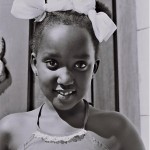 I expected art, music, and dance in Cuba to be vibrant. It was! But there was no way I could have anticipated the excitement of walking down a dark narrow street late at night as the passion of a Cuban band possesses your ears and defines your world. In Pinar del Rio we were escorted down an unlit street guided only by pounding music, we were entertained by neighborhood children singing and dancing, and we ended the evening dancing in the street with 40 to 50 people from the local CDR (Committees for the Defense of the Revolution). A reclaimed dump in eastern Havana was the site of a community arts project – painting, sculpture, dance, and music. On the western side of the city we visited another community arts project built around the spirit and practice of Santeria. In all these cases, the reality far exceeded my expectations.

I expected a significant amount of political propaganda and clear evidence of a regimented society. At least relative to my expectations, this is not what I found. What was most notable was not how much public propaganda there was, but how little. What I can say is that I saw a joyful people, an expressive people, a proud and loyal people, and a people who appreciate their government and leaders more than many Americans do theirs. I also found a remarkable measure of pragmatism rather than ideological rigidity. For example, we heard numerous times, “we learned to use elements from capitalism to save socialism.” Think about it, can you imagine an American saying; “we learned to use elements of socialism to save capitalism”?!

I expected the U.S. embargo to have a damaging impact on life in Cuba. It does. But somehow that is an insufficient observation. Its consequences most severely punish the exact same group of people who were used and exploited prior to 1959 – the poorest and the most vulnerable.  Has the embargo worked? Yes and No. Yes, it has created great personal and societal pain. Its consequences are powerful and not unrelated to the deterioration of Cuba’s architectural heritage. If these are the purposes of the embargo, it is a great success and has done its job with damaging magnificence. If the embargo’s purpose is to topple Cuban Communism, it is an utter failure. It has deepened solidarity and legitimated the Revolution in the eyes of the people beyond anything the regime could have accomplished on its own. 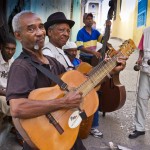 I too often heard “we are not perfect” from the Cubans we met. Surely they are not and perhaps that statement is too often used as an excuse for doing little or for not doing better. That is their burden and challenge. It is our burden and challenge to not allow our dominating power to blind us from respecting an exquisitely unique place with a vision of a different way to build their society and serve their people. It does not require our agreement or approval. It does require our honoring the self-determination principles for others we so insistently cherish for ourselves.

Cuba was, for me, a revelation and a joy.

Please visit our website for more information on opportunities to travel with us to Cuba!