Reflections from a Reality Tour to Venezuela

Gustavo Palma, a native of Brazil, traveled with Reality Tours on our Community Rights and Democracy delegation to Venezuela in January 2015.  Join us on one of our many Citizen Diplomacy Delegations to Venezuela. 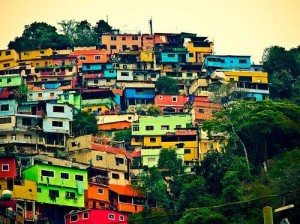 Venezuela was my first destination with Global Exchange. I was very attracted to the proposal of the organization, but I had some trepidation to join on one of their expeditions because the organization is not well known in Brazil. My fears, however, were soon removed. The staff is very caring and honest. Everything was arranged with much clarity and plenty of information. I spent ten days in Venezuela, with total support and security, forewarned of all discomforts that such a trip – which does not seek comfort or sightseeing but to confront the harsh reality of the country – could lead me to.

My other fear was that the frame that Global Exchange would present to me, through the people whose encounters it promotes, would be biased and partisan, something less than desirable in a politically polarized country such as Venezuela. Again, there was nothing to fear. The trip was far from an apology to the Bolivarian Revolution. Next to the defenders of the Bolivarian Revolution, I spoke with many of it’s staunchest critics. And, most importantly, I had contact with social forces and trends – oriented mainly to the common organization of civil society – that were created by the Hugo Chavez government. 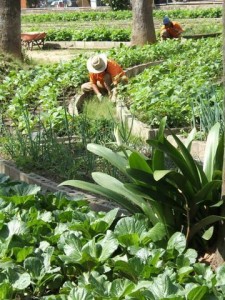 The local Global Exchange staff in Venezuela is excellent. Leo, the translator, is an academic enthusiast and politically free, the owner of an inexhaustible kindness. He introduced me to the rich Venezuelan literature, particularly Héctor Torres, a little-known genius. Alvaro, responsible for logistics, is a man of the people, a talented musician, and active community leader. His knowledge of the Venezuelan people is deep, and his insights into the social conflicts in the country alone would be worth the trip. My traveling companion – Jo Rawlins, a freelance blogger from California, is a person who is wise, tolerant, friendly and inquisitive – I will remember her with great nostalgia.

As a result of this balance that Global Exchange strives to make, I returned home fully satisfied, with a feeling of understanding, deeply, at least lucidly, of a national situation about which the information in Brazil comes scarce and distorted. I highly recommend Brazilians to experience Global Exchange’s Reality Tours. My experience was innovative and deeply satisfying.