The Cuban Revolution – Explore the Past and Present 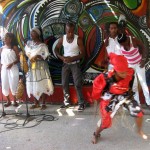 Everyone is talking about Cuba after President Obama and President Castro simultaneously announced changes to Washington’s 54 year blockade against Cuba and the travel ban denying U.S. citizens the right to travel to Cuba. This announcement ignites new hopes for normalized relations, and what better way to witness this key moment in history than to travel to the Island with us on a very special trip!

Join Global Exchange as we explore the history, culture and beauty of an often misunderstood place from the inside. We offer unparalleled access to the people and institutions that make the island tick, from political leaders and scientists to musicians and dancers. Whether you’ve never been or this is a return trip, now is the time to explore what this intriguing island has to offer. 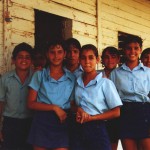 In late January, the Canadian Broadcasting Company aired two episodes about Cuba on it’s program Rewind. Using more than 75 years of radio history, the program pulled stories from the archives a year before and a year after the Cuban Revolution, creating The Cuban Revolution – A Look Back, in two parts. These episodes are great background to plan for your trip to Cuba with Global Exchange!

Part 1 examines the events that led to the Cuban Revolution with a documentary from December of 1958, just weeks before Fidel Castro and his revolutionaries overthrew dictator Fulgencio Batista. The roots of the revolution started in the summer of 1953 when Fidel and his brother Raul Castro, along with a group of others, launched a guerrilla campaign against the dictatorship. During the years that followed, CBC Radio occasionally reported on the attacks, counter attacks and skirmishes. In May of 1957, when Castro and his rebels were organizing and fighting from their position in the hills of Eastern Cuba, CBC brought the story to its listeners. Listen here.

In Part 2, it’s a year later, Batista has been overthrown, and Castro and his guerrillas are in power. In April of 1960, the CBC program Project 60 decided to go back to Cuba to see what had happened since their last visit before the revolution. Listen here.

And then, join the Revolution and Change Reality Tour to Cuba! For more information, click here.