My Thanks to You and Global Exchange 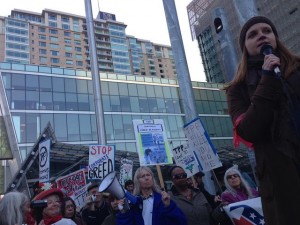 As members of the Global Exchange community know, I have a 16-year relationship with Global Exchange and arriving at the doors of 16th and Mission in 1998 was truly course setting for my life.

I have held many positions within the organization and represented the campaign work around the globe. It was an honor to facilitate Global Exchange’s transition from 23-years of founder-leadership (no small shoes to fill!) and exciting to lead the organization into a new era.

However, after much consideration, I will be leaving Global Exchange in early February. I have been in discussion with staff and board for some time, and now is the right time for me to step aside.

The last four years have both been exciting, and admittedly, at times challenging, as the organization evolved under new leadership, weathered the impact of one of the toughest economic periods for nonprofits, and explored new areas of work. During this time, Global Exchange also celebrated its 25th anniversary – a time to reflect, celebrate, and plan! 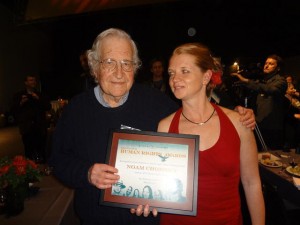 It was a privilege to be a part of campaigns and projects including the unprecedented Caravan for Peace in 2012 and supporting the passage of the first-ever ban on fracking in California this past November; leading four inspiring Human Rights Awards honoring leaders and grassroots activists and movements – Annie Leonard, Professor Noam Chomsky, Crystal Lameman, the Cuban Five, Phillip Agnew and so many more.

I supported our Reality Tours program to explore new destinations, including India and Burma, build our social justice itineraries and grow the number of people-to-people exchanges around the world. I also helped to navigate the ever changing and ever complicated travel relationship with Cuba – on which a new era has finally arrived!

I am proud that I was able to lead Global Exchange through the significant transition from founders to a “next generation” of leadership. Global Exchange has made it through some challenging times and achieved significant victories over these last four years and remains on the vanguard of the movement for social change. And while it is now time for me to move on, I will continue to support and stay involved as an activist and member of the organization.

Ashley Cline, Global Exchange’s Director of Development, will step in as the Interim Director while the Board of Directors completes the search and hire of the next leader.

Global Exchange is poised for big things in 2015 and beyond. I can’t wait to see what happens next.