Stopping the Biggest Corporate Power Grab in Years: How fighting back against one arcane, Nixon-era trade negotiating procedure could put a stop to a global corporate coup

The following is a guest post by Arthur Stamoulis and was published on January 6, 2015 at Foreign Policy In Focus. Arthur is executive director of Citizens Trade Campaign (CTC), a national coalition of labor, environmental, family farm, consumer, and human rights organizations working together to improve U.S. trade policy.

When global justice groups wanted to halt expansion of the World Trade Organization (WTO) in 1999, they organized massive demonstrations in Seattle, where the official ministerial conference was being held.

Tens of thousands of people filled the streets. Groups held rallies, marches, and teach-ins, conducted civil disobedience, and in many cases faced attacks by police. With delegates unable to even reach the convention hall, the opening ceremony was cancelled, and the talks eventually fell apart. The “Battle of Seattle” not only succeeded in derailing the Millennial Round of negotiations, it also turned opposition to corporate globalization into international headline news.

Fifteen years later, the “movement of movements” has another opportunity to strike a dramatic blow to neoliberalism — this time by stopping the Trans-Pacific Partnership (TPP). The TPP is a deal the United States is negotiating with 11 countries in the Asia-Pacific region (Australia, Brunei Darussalam, Canada, Chile, Japan, Malaysia, Mexico, New Zealand, Peru, Singapore, and Vietnam) allegedly to boost “free trade.”

However, the pact goes far beyond traditional trade issues, to affect banking regulations, environmental protections, access to medicines, use of the internet, and much more. Most notably, the deal would undermine countries’ ability to make sovereign decisions and instead offer protections to transnational corporate investors. And full information about the TPP is not even available — the level of transparency is so low that all public access to the text has come from leaks. 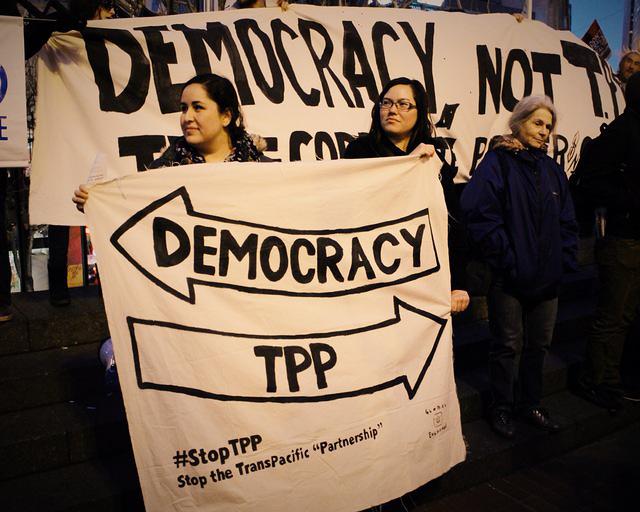 The TPP is a corporate power grab clearly worthy of Seattle-caliber mobilization. But the fight against this reprehensible deal requires different types of tactics. And the place to start is by derailing “Fast Track,” the mechanism that would allow TPP approval to rush through the U.S. Congress with little debate and no amendments.

An End Run Around Popular Influence

Social movements’ success in Seattle has been enduring. Despite unfortunate recent “progress” in arcane areas such as trade facilitation, the WTO stalemate that took root in Seattle has on the whole been a lasting one, frustrating neoliberal expansion for a decade and a half.

In many ways, the TPP is an end-run around that peoples’ movement victory by corporations and their allies. Rather than continue facing the WTO’s ostensibly consensus-based decision-making process, transnational corporations are today using their proxy — the Office of the U.S. Trade Representative — to cherry-pick those countries most willing to play ball with their agenda. They’re pushing those governments to approve an omnibus package of corporate dream policies on energy, finance, intellectual property, agriculture, and more, which they’ve disguised as a trade deal. And since the TPP is a “docking agreement” — meaning that other countries can join over time — they can then pressure other nations, from China on down, to sign on once the rules have already been set.

In negotiating the TPP, U.S. president Barack Obama has not only faced the challenge of getting 11 countries into line with the proposal. He’s also had to overcome significant domestic opposition, including from members of his own party.

At a Business Roundtable meeting of CEOs in December, President Obama said, “Part of the argument I am making to Democrats is: ‘don’t fight the last war.’” He went on to say that conditions for the practices critics object to — like outsourcing production to countries with poor labor and environmental standards — already exist. In contrast, he said, the TPP will be “forcing some countries to boost their labor standards, boost their environmental standards, boost transparency, reduce corruption, increase intellectual property protection. And so all that is good for us.”

With these words, Obama implied that the TPP will differ from previous trade deals like the North American Free Trade Agreement (NAFTA), the DR-Central America Free Trade Agreement (DR-CAFTA), and the WTO, which were negotiated under previous presidents and have had disastrous results for workers and the environment. But it just takes a look at leaked TPP texts packed with similar (and, in many instances, worse) provisions as those previous pacts — or a look at the record of President Obama’s own trade deals with Colombia — to know that he’s blowing smoke.

What Past Experience Tells Us About Trade Agreements

Look, for example, at the Korea-U.S. Free Trade Agreement, which took effect in March 2012. President Obama claimed it would support 70,000 American jobs through increased exports. Instead, U.S. exports to South Korea are down under the pact, the bilateral trade deficit has skyrocketed, and, according to the Economic Policy Institute, the United States has already lost a net 60,000 jobs as a result.

And then there’s Colombia. The Colombia Free Trade Agreement was supposed to protect the rights of Colombian workers, who are routinely murdered if they dare advocate for better working conditions. But a recent Government Accountability Office report found that “threats of violence against unionists have been increasing,” and “of the 100 unionist murders that have occurred since 2011, Colombia’s Prosecutor General’s Office has obtained only one conviction.” 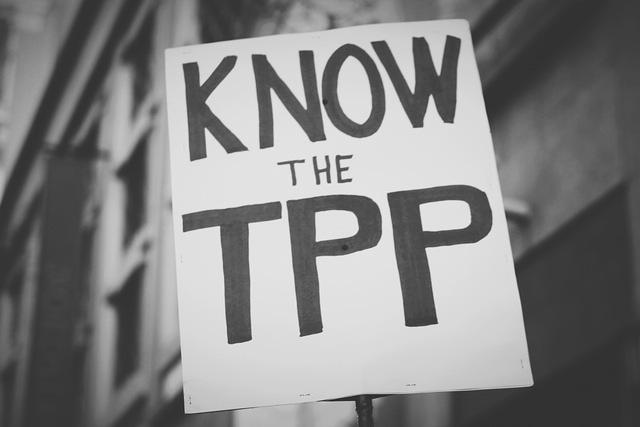 Will conditions be better for countries entering into the TPP? A recent Department of Labor report found that forced and child labor still infect export industries in a number of TPP countries, including apparel in Vietnam, agriculture in Mexico, and electronics in Malaysia. And despite Obama’s words to the contrary, the TPP would hardly correct that. A new Government Accountability Office (GAO) report finds that the labor provisions in recent free trade agreements, including those passed under Obama’s watch, have been inadequate for addressing labor rights abuses.

Another GAO study found the same sorry results when it comes to environmental enforcement. While partner governments have passed new environmental laws as required by trade agreements, the countries don’t have the resources and/or will to enforce them. Meanwhile, the United States hasn’t offered adequate help or otherwise held its trade partners accountable for enforcement. In fact, leaked documents reveal that the Obama administration has even pushed to remove the term “climate change” from the TPP.

But labor and environmental standards are just the tip of the iceberg. The GAO studies don’t even touch upon the rules found in modern “trade” pacts’ chapters on financial services, food safety, public procurement, medicine patents, investment, and so-on, all of which the TPP would expand to an estimated 40 percent of the global economy — with a built-in mechanism to cover more countries still.

Organizing Against the TPP

So what’s the global justice movement to do?

WTO opponents spent almost a year organizing — not just in Seattle, but also throughout the Pacific Northwest, across the nation, and beyond — to ensure that tens of thousands of people would show up outside the negotiations, prepared to disrupt business as usual.

Organizers against the TPP never have that kind of advance warning. For example, trade justice organizers had only about two weeks’ notice to prepare for the last TPP negotiating round held in the United States (with the long Thanksgiving weekend wedged in between). So although there will certainly be protests every time TPP negotiators dare to set foot in the United States (or any other free country, for that matter), an exact replica of the “Battle in Seattle” seems unlikely these days.

This time around, a key to stopping the TPP is convincing members of Congress to oppose Fast Track authority. This less-than-sexy, Nixon-era policymaking procedure would enable the TPP to be rushed through Congress — circumventing ordinary review, amendment, and debate procedures.

While many activists unquestionably would be willing to face tear gas and rubber bullets to stop the TPP, they’ve also proven themselves willing to do the much-needed district-by-district work: bird-dogging politicians’ fundraisers and town halls, circulating petitions, writing letters to the editor, and convincing their city councils to pass “TPP Free Zone” resolutions. Labor, environmental, family farm, consumer, faith, Internet freedom, and other movements have spent the past year educating and mobilizing their supporters to influence policymakers. Some outgoing congressional representatives were held accountable to the point of losing critical local endorsements — and hence, their elections.

Given the smaller number of negotiators at the TPP table than at the WTO — and the fact that so many seem willing to sell out their nations’ public health programs, family farms, financial stability measures, and just plain sovereignty in order to cut a deal with the United States — it’s unlikely that protests in the United States are going to appeal to their sense of morality. Thus, the anti-Fast Track strategy is not only more feasible than centralized mass protest; it’s probably more effective.

TPP boosters have said time-and-again that passing Fast Track is critical not only to getting a completed pact through Congress, but also to convincing foreign TPP negotiators to actually finish the pact. Just imagine other governments’ reasoning: Why bother giving in to Washington’s most draconian and politically risky demands when the White House can’t even get the pact through the U.S. Congress without more demands being tacked on?

TPP supporters and opponents alike both know that, with the U.S. presidential elections gearing up in the latter half of 2015, the window of opportunity for concluding the TPP is fast closing. Neither political party in the United States wants an unpopular trade debate on its hands while it’s trying to take the White House.

And so, anti-TPP activists are both extremely close to victory and about to face another major pro-Fast Track onslaught.

Fast Track legislation introduced in January 2014 was met with a tidal wave of public opposition that made it so politically unpopular that Congress members refused to even consider it before the mid-term elections last November. With the White House, Chamber of Commerce, and others “all in” behind Fast Track in early 2015, social movements are going to need to push back even harder this time around.

The first months of the new year are the period when we’ll win or lose. If activists are able to escalate local expressions of opposition to Fast Track for the TPP over the coming months, and to continue communicating to their U.S. representatives that a Fast Track vote is something that they’ll remember forever, they will succeed in preventing the most harmful corporate sneak-attack since the 1990s. 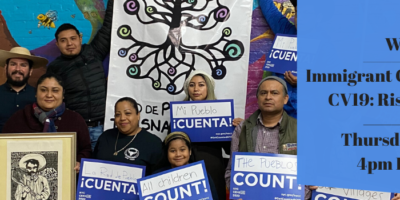 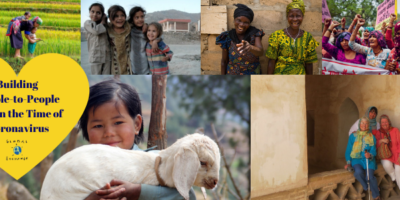 Building People-to-People Ties in the Time of COVID-19