All Aboard! The Train Has Left the Station! 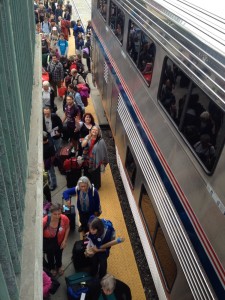 The People’s Climate March will coincide with the UN Summit on the climate crisis, and is predicted to be the largest civil society mobilization on climate change in history. 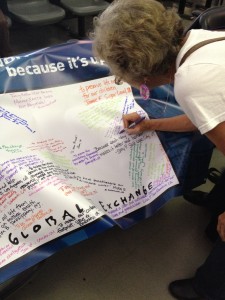 At the kick off rally for the Climate Train, people added their voice!

Global Exchange will be there and we’re taking your message along to stand for people’s and nature’s rights! Send in your message and we’ll add it to this banner and take it on the streets!

As people begin their travels to New York, many are saying they have the same feeling they did in November 1999, when heading to Seattle to shut down the WTO, or in February 2003 heading out their front doors to show opposition to the war in Iraq – a feeling of excitement, power and determination.

I know when we stand, shoulder to shoulder, in the streets and around the world we can change the course of history.

Stand with us, and history.