Posted by Derek Poppert on September 4, 2014

Fall is quickly approaching, and believe it or not we will soon find ourselves in 2015. Next year we have a few brand new trips that we’ll be offering, and we want to give you an inside peek at some of them. From the shores and favelas of Rio de Janeiro, Brazil to the high Himalayas of Nepal, there are a wealth of different experiences and opportunities that will be offered in these new Reality Tours. Check them out!

Brazil – The World Cup, the Olympics, and Social Movements 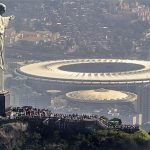 In preparation for the 2014 World Cup and 2016 Summer Olympics in Brazil, thousands of low-income residents have been forcefully evicted in the name of sport-related infrastructure and over $30 billion taxpayer dollars will be spent on producing the events in the face of poverty, inequality, and widespread social issues. These and other lingering problems within society brought millions of people to the streets in 2013 – the largest protests the country has seen since the fall of the dictatorship.

On this Reality Tour, experience this other side to the World Cup and Olympics first-hand while also enjoying all that the breath-taking city of Rio de Janeiro has to offer. Then, move away from the city lights and urban plights to visit an MST camp (Landless Workers Movement) outside of the city of Rio to learn about one of the most successful social movements in the entire world.

The Dominican Republic and Haiti – One Island, Two Countries

On this unique Reality Tour to the Caribbean island of Hispaniola you will have an opportunity to visit and learn about one island and two different worlds: linguistically, culturally, politically, and environmentally. 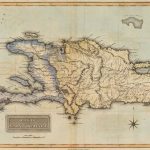 Begin in the capital of the Dominican Republic, Santo Domingo. Walk its historic streets and learn about fair trade in the DR. Then, travel to the border region of the DR and Haiti to examine border issues. Learn more about current relations between the Dominican Republic and Haiti, and some of the conflicts and issues presented on the border. Finally, cross into Haiti to see how Haitians in Port au Prince continue to grapple with the fallout from the devastating earthquake of 2005. Travel with the amazing Rea Dol as your trip leader and see how local communities are taking issues into their own hands. Meanwhile, explore the (controversial) role of foreign NGO’s in post-disaster areas in developing countries.

Nepal – Climate Change and Migration in the Himalayas 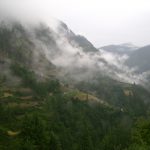 Nepal is as breathtaking in natural beauty as it is rich in historic civilization and culture. Nestled in the high Himalaya between China and India, Nepal is a living museum that both brings ancient history to life and showcases some of today’s most pressing global issues.

Two of the foremost challenges facing Nepal today are climate change and the migration of its youth abroad. The effects of climate change are outwardly noticeable, and have trickle down effects – literally – on the populations around it, such as in India and Bangladesh, which depend on fresh water supplies from the Himalaya mountains. Meanwhile, over 4 million Nepalese youth are now working outside of Nepal in a foreign country, giving Nepal the distinct opportunity to make the claim to fame of holding perhaps the highest number of forcefully broken families due to migration. This unique Reality Tour is designed to give you an opportunity to see, feel and know more about the impact of climate change and migration on local communities in Nepal. 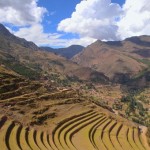 The majesty of the Andes mountain range, the richness and diversity of the Amazon rainforest, the fabulous cuisine and textiles of Cuzco, and the magnificence of Machu Picchu are only a few examples of the culture, beauty, and history that make up Peru. On this trip to Peru with us, dive into life in Lima, Cuzco, and the Sacred Valley.

Experience some of Peru’s splendors first-hand while forming an understanding of issues such as women’s and children’s rights, globalization and trade, resource allocation and privatization, and community development. Meet Peruvians from various social and economic backgrounds and visit historic sights along the way, including Machu Picchu, one of the new Seven Wonders of the World. 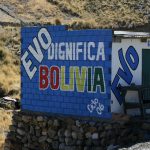 Bolivia is a travel adventurer’s paradise. From the majestic high Andes and windswept Altiplano, to the mystique of the Salar de Uyuni and lowlands of the Amazon, Bolivia has a wealth to offer. Bolivia is also a political-junky’s fascination, with a wealth of important political history related to colonialism, neocolonialism, exploitation, and revolution – a country whose history is absolutely vital to understanding Latin America as a whole.

There is perhaps no single greater example of the historical exploitation of Latin America as a whole than that of the high city of Potosi and its veins of silver, described so vividly by Eduardo Galeano in his legendary book, The Open Veins of Latin America. Visit Potosi and learn why becoming familiar with this city is so essential to understanding Latin America in general.

Then learn about other modern day resource extractions – travel to the mystical Salar de Uyuni salt flat, where it feels as though you are on the surface of another planet, and examine salt and lithium extraction. Move back up to La Paz, the high capital city, and explore its cobbled streets and vistas. Visit a coca plantation nearby and learn about the significance of coca on the lives of Andean people. See why coca is such a vitally important part of the culture and learn about its history; also examine US drug policy, President Evo’s recent expulsion of the DEA, and his halting of harmful US coca eradication programs. 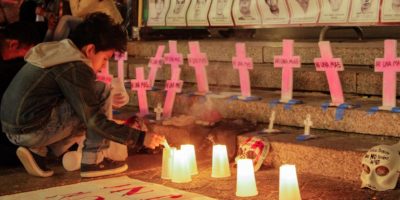 The Migration for the Americas Collective (COMPA) and the mothers and fathers of the 43 missing students of Ayotzinapa, Guerrero, Mexico, express their resounding rejection of the use of force by the Chiapas police