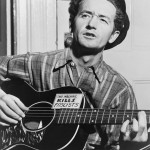 The state of Oklahoma has a reputation for being perhaps the most conservative state in the union.  In fact, it has a radical past unmatched for activism and racial solidarity. The Socialist Party, for example, had its highest per-capita membership in Oklahoma in 1914 with 12,000 dues-paying members, publication of dozens of party newspapers, and the election of several hundred local elected officials. Much of their success came from their willingness to reach out to Black and American Indian voters. Oklahoma also delivered presidential candidate Eugene Debs his highest vote count in the nation in 1912. 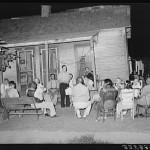 The “Okie” diaspora peaked during the Dust Bowl migration to the West Coast in the 1930’s, but it was also prompted by attacks on Wobblies and other radicals in the early 20th century who fled the state.  This diaspora of the left (and eventually of the right, as descendants became more conservative) has had a major impact on politics and culture throughout the US but most particularly in eastern California, eastern Oregon, and other regions where Okies settled. Join us in exploring this forgotten history, meet some modern Oklahoma radicals, and celebrate with music on the weekend!

Join us for this unique experience and sign up for the Radical Oklahoma Reality Tour today!