Reject and Protect – Obama You Can Stop the Pipeline

Later this month, a powerful alliance of farmers, ranchers, and tribal communities will be coming to Washington, DC to make the closing argument against one of the most controversial and dangerous projects in North America — the Keystone XL tar sands pipeline.

The action is called Reject and Protect, and they call themselves the Cowboy Indian Alliance. The Alliance is planning to ride into DC on horseback and then set up camp on the National Mall for the week of April 22-27th to show President Obama the real stakes of approving Keystone XL, which would carry 830,000 barrels per day of the world’s dirtiest oil across the American heartland to be refined, exported and then burned. 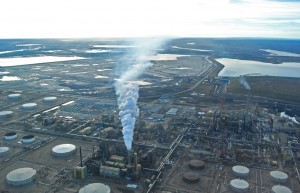 Last summer, President Obama said he would reject the pipeline if he decided that it would have a significant impact on the climate. Since then, a string of scientists, economists and other experts have provided a drumbeat of evidence that it would indeed be devastating for the climate: A University of California Berkeley Economist estimates that stopping the pipeline would keep 1,000,000,000 barrels of tar sands oil under ground; another study found that approving the pipeline would have the equivalent climate impact of 51 coal plants.

Then there’s the risk to water and land along the route. Even though it would run through some of the most sensitive water tables in North America, Keystone XL is expected to leak 91 times over its lifetime posing a direct threat to the farmers, ranchers, and tribes who rely on clean water for their livelihoods.

Not to mention the devastating impacts further extraction of the tar sands would have on communities in northern Canada.

On April 22nd, the Alliance will arrive in Washington, DC to show President Obama the real faces of the people who would be directly impacted by the pipeline should it be approved. Farmers, ranchers, and tribal leaders will be holding ceremonies and demonstrations throughout the week to underline the real risks of the pipeline, but they’ve also invited everyone to join them for a big event on Saturday the 26th to make a closing argument against the pipeline together. 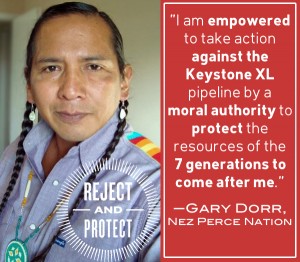 That’s when thousands of people will be converging to make the final argument against the Keystone XL tar sands pipeline, and tell President Obama to protect our land, water and climate.

Together, they’ll be hand delivering a hand painted tipi to President Obama — a symbol of both the hope that he will live up to his promises, and the promise to stand with farmers, ranchers, and tribal leaders to resist the pipeline should he approve it.