Where Will You Be This Summer?

Summer is on our minds here at the Global Exchange office in San Francisco, CA, where we’re already getting a taste of warm weather days. As you make your Summer travel plans we invite you to join us on a Reality Tour to diverse regions of the world to learn about indigenous resistance to corporate economy, ending human trafficking, and to make lasting people-to-people ties.

Ecuador: Socio-Environmental Justice from the Andes to the Amazon, July 7-17, 2014. 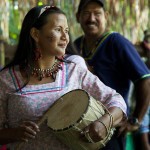 Join Global Exchange in Ecuador to learn about the work of indigenous leaders, healers, and activists building ecologically and socially sustainable alternatives to the corporate global economy. Take a tour of Chevron’s toxic oil legacy in the Amazon; speak with the leaders and healers of affected communities; visit community-run ecotourism projects that are building multicultural models of citizenship and education; and learn about how you can support environmental justice and human rights internationally and at home. This tour will also visit with indigenous communities in Yasuni National Park who are calling for urgent international action and solidarity now. 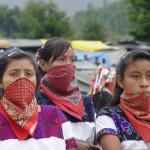 oin us to learn about what has motivated popular movements in Mexico. Examine the recent history of the Chiapas region and hear about challenges and successes in the struggle for indigenous autonomy. Learn about the direct effects of globalization in the context of NAFTA and the on-going efforts for economic justice and democracy. Engage with indigenous peasants who have been working for the right to own the land upon which they live and work, and to govern their communities according to indigenous traditions and customs. 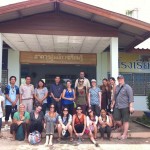 Join Global Exchange in Thailand August 5-12, and Cambodia August 14-21, to examine the effects of human trafficking and how communities address and respond to this crisis. The Reality Tours to Thailand and to Cambodia are separate, however they can be combined for a full two weeks of engaged participation. In both countries participants will receive a comprehensive education in the mechanics of human trafficking, as well an understanding of its underlying causes. Participants will additionally meet with those who have been freed from slavery and learn what it means to rebuild one’s life after having been a victim of trafficking, and will also engage directly with groups and individuals on the front-lines of the struggle to expose and ultimately end the trade in human lives. 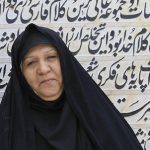 The Citizens Diplomacy Reality Tour to Iran will give participants a chance to see inside this much-maligned nation and gain first-hand experience of the effects of the political policies of both the United States and Iran, and to learn about the incredible historical and cultural legacy of the country. Engage with Iranians as they go about their daily lives, and hear their hopes and fears for the future. Our Summer 2014 Reality Tour to Iran is now full, however applications for our September delegation are open and due June 20, 2014– apply now!