New Release: A Call to Action for Nature’s New Economy

The Stillheart Declaration on Rights of Nature and the Economics of the Biosphere was released on February, 20, 2014 —appropriately, it is also the World Day of Social Justice. 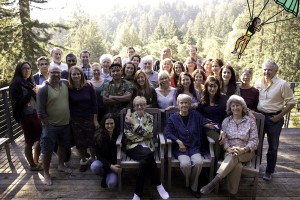 Thomas Berry once said, “The destiny of humans cannot be separated from the destiny of earth. … The deepest crises experienced by any society are those moments of change when the story becomes inadequate for meeting the survival demands of a present situation.”  It is time for a new story.

In October 2013, on Ohlone Indigenous land, Global Exchange and our partners held a 3-day summit, the Rights of Nature and the Economics of the Biosphere at the Stillheart Institute in Woodside, California.  Nestled in the California Redwood forest a counsel of 32 global social movement leaders including Indigenous leaders, deep ecologists, grassroots justice advocates, economists, climate experts, localization activists, globalization thinkers, writers and researchers were convened to examine the emerging legal framework known as Rights of Nature, or Rights of Mother Earth. 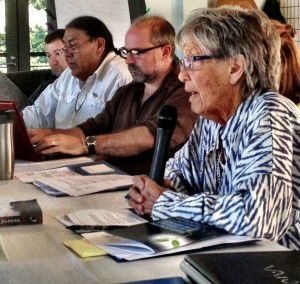 Living within the carrying capacity of the planet requires that we adhere to the natural laws governing all life  and human wellbeing. The process of deprogramming societies, dispelling the arrogant belief that the earth “belongs” to humans will require fundamentally aligning global, regional and local economic and legal structures to exist within natural systems. It is up to movements of solidarity to create the space for this shift, against the tide of the corporate-led global economic system.

Discussion was rich, and didn’t shy away from topics such as — can capitalism co-exist with an economy based on the needs of the biosphere? What can Indigenous systems teach us about holistic economies?  We discussed the power and possibility of an emerging body of law—recognizing legal rights for ecosystems to exist, flourish and regenerate their vital cycles—as a necessary part of placing our human laws in alignment with Nature’s laws, and our human actions and economy in an appropriate relationship with the natural order of which we are part. And, to make the shift toward a new Earth-centered economy, what is needed from the grassroots? From institutions? From economists? 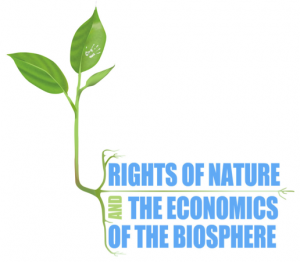 At the end of the three days of deep discussion, the group of 32 was compelled to began drafting a global call to action before leaving the premises of the Stillheart Institute. Projected overhead, the first draft was written in a popcorn-style of dialogue among all participants. Global Exchange took the next steps in refining the language, holding firm to the ideas agreed upon. We then took that draft to Ecuador in January 2014, and presented it to the international gathering of the Global Alliance on the Rights of Nature, which helped to inspire a new international working group on the Economics of the Biosphere. With feedback from Ecuador; Randy Hayes, Jerry Mander and Tom B.K. Goldtooth, thoughtfully edited the document again, which was then sent to all participants to review, and to sign.

That document is called the Stillheart Declaration, and we hope it will inspire as much imagination, new energy, collaborative work and attention toward a new Earth economy as it inspired in those who shared in its consideration and drafting. Stay tuned for next steps, and a Spanish language version.