From Cuba to San Francisco – Interning for Reality Tours

This past summer we had the great pleasure of working with Cuba Program Intern Bryan Weiner. Below, Bryan shares the impact of his experience traveling as a student to Cuba with Reality Tours, and later interning with the Cuba program. Summer intern applications are due soon- March 7! Learn more about summer internship possibilities. Take it away Bryan: 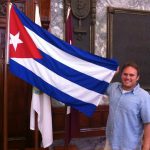 “A year ago I had never heard of Global Exchange and had never heard of Reality Tours. This past Summer I interned with Reality Tours and am now seriously considering a career in socially responsible, educational tourism after finishing my master’s degree at the Monterey Institute of International Studies. While this isn’t a complete reassessment of my life plans as I have always loved travel, this is a significant shift that I can attribute to the life-changing experience I had on a Global Exchange Reality Tour to Cuba.

As part of my course work at the Monterey Institute, I found out that one of my professors would be offering a Spring Break trip to Cuba. Even though it meant an increase in my student loans, I didn’t want to miss out on this opportunity as I have always been curious about the reality of Cuba. My mother grew up in Miami and was there for the Cuban Missile Crisis and the first wave of mass immigration from Cuba to the U.S. I have heard all of the rhetoric about Cuba and have known and worked with many Cuban-Americans who were vehemently against the Castro brothers, but I have also always been seduced by the myth of Che Guevara and Latin American Revolutionary movements.

In addition, being a gay man and a human rights activist I had heard many reports about the abuses occurring in Cuba, but had also read about how Raul Castro’s daughter, Mariela Castro, has spearheaded a gay rights movement on the island. I knew the situation would be complicated and I knew that the only way to sort out truth from fiction would be to visit the island itself. (Ed. note: Read Bryan’s article about LGBTQ rights in Cuba.)

This is one of the key features of a Reality Tour – presenting participants with the reality on the ground to help them sort through the often politicized rhetoric that is delivered in the media, both mainstream and alternative, from both left and right-wing perspectives. The truth is always more complicated and nuanced than what is presented; it can never be black and white. In addition to giving you this more nuanced perspective on hot-button issues, you also get to feel and experience the humanity behind the issues. 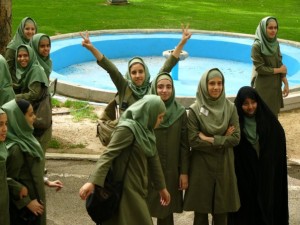 The Palestinians and the Israelis are real people; the die-hard Castro supporters and the Cuban-American exiles are real people; the Iranians, North Koreans, Venezuelans and Afghanis all have hopes and aspirations that aren’t very different than our own. This reality and humanity, in addition to a better and more balanced understanding of the issues, is the true perspective that one receives after participating in a Global Exchange Reality Tour, particularly one that goes to one of these contested and controversial destinations.

When I was on the ground in Cuba, I got to speak and interact with my guides, government officials, Cubans walking along the Malecón (a large ocean-front promenade where everyone goes out to socialize in the evening), professors, historians, farmers, economists, and even a representative from the U.S. Interests Section (the rough equivalent of an embassy). What I found was that the issues were very complicated. It was pretty much universally agreed that the embargo (or the blockade as they refer to it in Cuba) was outdated, but the reality in Cuba certainly wasn’t as perfect as the Cuban government likes to paint it, but was a far-cry from the way the U.S. government and the Miami contingent portrays it. 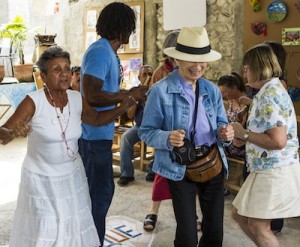 But above all else, the humanity of the broken relations between our two nations came through. Cubans love Americans, but feel hurt and wronged by the actions of our government, and most Americans would really love to reach out to Cuba again. There are real human wounds that are caused by the political issues between the U.S. and Cuba. Being exposed to this complicated truth and the human reality behind this absurd political situation left a huge impact on me, long after I returned home from my Reality Tour.

This impact is the true power of the sustainable, socially-responsible, educational, human-rights tourism that Global Exchange offers through its Reality Tours. I came back with a passion to tell everyone I could about Cuba and to do something about it. When I saw that Global Exchange was looking for interns to work on its Reality Tours, I was very excited to take a part and help others have a similar experience. Reality Tours offers you an opportunity not just to travel in a responsible manner, but also to truly understand another location and another reality, to break through the headlines and the rhetoric, to open your eyes, and to inspire you to work for positive change in the world. As Che Guevara said, ‘Let the world change you, and you can change the world.'”

Thanks Bryan for sharing your insightful thoughts and time with us! Learn more and apply to join Global Exchange this upcoming Summer as an intern. Explore positions in our Reality Tours, Mexico, Community Rights, Fair Trade, Communications, Development and Administration departments. Application Deadline is March 7.