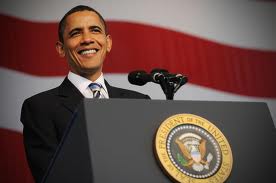 Did you happen to catch what President Obama said in last night’s State of the Union address?

Obama talked a lot about inequality in the world and in the U.S. What causes it. What he intends to do about it.

But did you happen to catch what he said about the Trans-Pacific Partnership (TPP)? Neither did we.

That’s because he didn’t say anything about it at all. Unbelievably, the President failed to bring up this massive multi-country ‘deal’, despite the massive economic consequences this agreement will have for people all across the United States.

Obama didn’t have anything to say about the TPP, but we do. It’s a nightmare, a trainwreck, a disaster, an unmitigated catastrophe, and will bring about even more inequality to people across the world.

Whatever you call it, this much is clear: the TPP must be stopped. And you can help us.

We’ve been working against the TPP since day one. We’ve put pressure on elected officials, we’ve hit the streets with dynamic actions to raise awareness about the dangers of the TPP. We’re working with more than 500 organizations across the country day in, day out, to make sure the TPP never gets passed.

But with Obama applying pressure to speed up the process for approving the TPP, it’s more urgent than ever that we stand up and say NO!

As President Obama said tonight: “Let’s make this a year of action…” Together, we will stop the TPP.