A Look at Food and Farming Today in South Korea

The following is an article by Anders Riel Müller/ 송연준 Food First Research Fellow and Leader of the upcoming South Korea Food Sovereignty Tour, sponsored by Food First in partnership with Reality Tours. 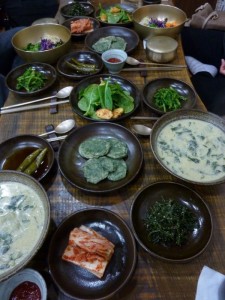 I have been immersed in Korean food for so many years now I often forget how unknown and strange it can seem to the uninitiated, i.e. the majority of the world’s population. Korean food has not reached the global status and recognition of its neighboring Japanese and Chinese cuisines. However, the word is spreading through government initiatives, the popularity of Korean Pop Culture, YouTube chefs such as Maangchi, as well as dedicated TV shows like the Kimchi Chronicles on PBS.

Yet even with the growing popularity of Korean food around the world and the proliferation of gourmet restaurants in Seoul, very few foreigners manage to venture beyond the capital and other major cities to get a deeper sense of Korean food culture. Korean rural areas and the agricultural sector have not experienced the same level of breakneck industrialization as the rest of the country. The majority of food producers are still small-scale farmers and food processors. The average farm is still between 2.5 and 5 acres and most food producers are family operations. This is not the impression one gets when walking around in downtown Seoul, the world’s second largest metropolitan area. Here, chain stores and franchises dominate the cityscape. Most people visiting Korea never get beyond the flashing facades of the country’s high tech cities. 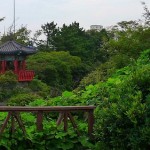 This is a shame, because my most amazing food experiences were not in Seoul or Busan; they were in small cities and villages no one outside Korea has ever heard of. I have been lucky through my work and family ties to have eaten at countless local restaurants where the vegetables were grown in the backyard, the kimchi was fermenting in clay pots on the terrace and the beef and pork came from the neighboring farm.

But life in the countryside is not a simple, uncomplicated life. Farmers and small-scale producers are struggling to survive as the onslaught of free trade agreements is threatening their livelihoods.

In Seoul, many restaurants will serve kimchi made in China, beef from the US, Chicken from Brazil and pork from Cambodia. Imported products are sold cheaper than domestic products; and making a living from agriculture and artisan food production is becoming increasingly difficult. Korean farmers have protested the liberalization of agriculture for decades—often at the forefront of demonstrations against the WTO—but the government is continuing to pursue further free trade agreements with large food exporting nations/regions such as Chile, the EU, Australia and the US. As a consequence, food self-sufficiency has dropped to the lowest level in Korean history. Even rice, the staple of all staples, has seen its level drop to the lowest level in modern history.

In addition to free trade agreements, a number of other factors have contributed to the country’s diminished self-sufficiency. Reduced agricultural subsidies, high debt and low food prices are putting farmers under intense pressure. Farmland is also decreasing at alarming rates as the government is incorporating more and more of the country’s already limited farmland into commercial and industrial mega-development projects and recreational “green spaces” for urban dwellers seeking to get away from the city on weekends. As a result, South Korean farmland has dwindled to the lowest levels since 1970.

Small farmers and producers have turned increasingly to promoting food sovereignty as their platform for radically changing the South Korean food system. The concept of food sovereignty provides producers with a comprehensive platform to address the multiple crises of health, environment and economy into one. Few places in the world have seen food sovereignty become such an integrated agenda for social change as in South Korea. The movement incorporates a broad range of social justice organizations seeking to counter the dominant development path that prioritizes the global competiveness of the big conglomerates like Samsung, LG, and Hyundai. 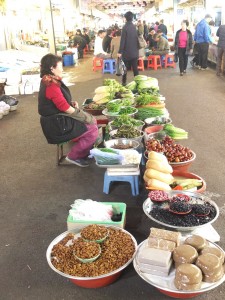 Farmers, producers and consumers organize in different ways, and in many different organizations, but the core of the movement(s) remains a commitment to producing good, healthy and environmentally friendly food at fair and stable prices for both producers and consumers. The movement also seeks to counter the fast-paced lifestyle of modern Korea. Korean food is at its core slow food. Essential Korean ingredients such as kimchi (fermented cabbage), ganjang (soy sauce) and doenjang (soy bean paste) take months of fermentation to mature. The majority of products sold in Korean supermarkets, however, are full of additives to give a “fermented” taste, but most of them have not had the time to ferment as they should. A slower lifestyle starts with letting one’s food mature.

Korean food has its roots in the countryside—far from the bustling megacities and their shopping malls—where family farmers and artisans maintain centuries-old traditions while at the same time building a contemporary movement based on environmentally sound practices, economic fairness and solidarity. In South Korea, food sovereignty is not only about restructuring the food system. It is about social justice, democracy and challenging the values of the materialistic, status-obsessed mainstream culture of Korea.

Thanks to Anders Riel Müller and Food First!