Join us on a Reality Tour to Experience Radical Oklahoma! 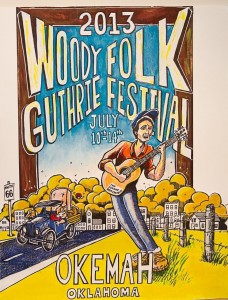 Spend some time learning about the tumultuous events of the early twentieth century that shaped Woody’s politics and united white tenant farmers, native tribes, and African-Americans in a series of uprisings in the forested hills of eastern Oklahoma.  Then relax and enjoy 3-4 days of music at the folk festival. We’ll stay in pretty lakeside cabins in a nearby state park. 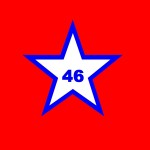 The 46th state has a reputation for being perhaps the most conservative state in the union.  In fact, it has a radical past unmatched for activism and racial solidarity – an activism exemplified in its most famous native son, Woody Guthrie, the radical Dust Bowl troubadour.  The “Okie” diaspora peaked during the Dust Bowl migration to the West Coast in the 1930’s, but it was also prompted by attacks on Wobblies and other radicals in the early 20th century who fled the state.  This diaspora of the left (and eventually of the right, as descendants became more conservative) has had a major impact on politics and culture throughout the US but most particularly in eastern California, eastern Oregon, and other regions where Okies settled.

Join us in exploring this forgotten history, meet some modern Oklahoma radicals, and celebrate with music on the weekend!