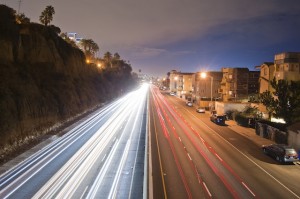 On April 9, the City Council of Santa Monica voted 7-0 to adopt the state’s first ever Bill of Rights for Sustainability, directing the city to “recognize the rights of people, natural communities and ecosystems to exist, regenerate and flourish.” Santa Monica joins dozens of U.S. communities, the nations of Ecuador, Bolivia, and New Zealand in the fast-growing movement for Nature’s Rights.

With the passage of this ordinance, Santa Monica challenges the legal status of nature as merely property, and empowers the City or residents to bring suit on behalf of local ecosystems. While not eliminating property ownership, these new laws seek to eliminate the authority of a property owner to destroy entire ecosystems that exist and depend upon that property. The ordinance also mandates the City to follow the Sustainable City Plan as a guide for decision-making to maximize environmental benefits and reduce or eliminate negative environmental impacts.

“Becoming a model for sustainability and moving toward self-reliance is important for our community’s long term well-being,” says Cris Gutierez, organizer for Santa Monica Neighbors Unite!, a group that organized and mobilized residents to support the law. “We’re proud to be on the cutting edge of environmental protection.”

The idea came about from conversations between Mark Gold, the 20-year Chair of Santa Monica’s Task Force on the Environment, and Linda Sheehan, who now directs the nonprofit Earth Law Center. “Linda and I had been pretty successful over the years in the water quality arena,” says Gold. “But we realized that despite all our good work protecting public health and environmental resources, we were still as a society going backwards in the big picture. It was time to shake things up, recognize the existing environmental laws just weren’t doing the job and that sustainability wasn’t actually possible as long as we treat nature as a thing to be exploited.” 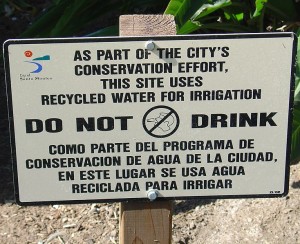 In a water-poor community, recycling water is part of sustainable living.

Sheehan and Global Exchange’s Community Rights program director, Shannon Biggs then presented draft ordinances to the Task Force on The Environment. As Shannon Biggs, Community Rights Director for Global Exchange told the Task Force, “Recognizing rights for nature does not stop development; rather it stops the kind of development that interferes with the existence and vitality of those ecosystems.”

The process took about three years in total, and the ordinance went through several changes during the course of numerous Task Force and other public meetings.  The ordinance was eventually submitted to the city council in 2012.  At that time, before a packed chamber, dozens of residents spoke in support of the ordinance, spurring the council to pass a resolution in support of its Rights of Nature provisions.

Then, in a surprise move, Santa Monica’s City Attorney, Marsha Jones Moutrie, met with Sheehan and Gold to talk about the ordinance and its framework of rights, and ended up drafting a new version — ultimately becoming the ordinance that passed by unanimous vote of the Council this year. “The final ordinance is not as strong as the original, notes Global Exchange’s Biggs, citing a few examples, “it doesn’t strip Constitutional protections like corporate personhood or the Commerce Clause that enable corporations to override community concerns, and it doesn’t strictly prohibit any activities, which means it is up to the community to keep the pressure on the city to enforce it when something comes up. But it’s a step forward for brand new environmental protections.”

Gold and Gutierez don’t believe holding the City’s feet to the fire will be a problem, and the ordinance does mandate regular public reviews of the Sustainability City Plan and forces the city to take action if goals aren’t being met. As Gutierez notes, “Working to educate people about rights of nature and the ordinance was a challenge, but now our work really begins. Many goals we could not lay out in the ordinance, but at the same time, that’s what we should be driving for, practical measurable goals. Turning it into an educational tool is exciting. Sustainability is now our legal commitment.”