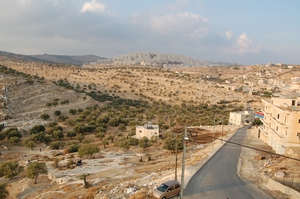 What is Palestinian Land Day? On March 30, 1976, thousands of Palestinians living inside Israel gathered to protest plans by the Israeli government to expropriate 60,000 dunams (about 24 square miles) of Arab-owned Palestinian land for the purposes of security and settlements. These protests were met with such heavy resistance by the Israeli police that it left six Palestinians dead, hundreds injured and hundreds more in jail.

According to Arjan El Fassed of Electronic Intifada, an independent online news publication focused on Palestine, “Land Day 1976 was the first act of mass resistance by the Palestinians inside Israel against the Zionist policy of internal colonialisation–Land Day reaffirmed the Palestinian minority in Israel as an inseparable part of the Palestinian and Arab nation.”

The group will examine the impacts of occupation on the people and the environment while hearing from diverse organizations and individuals on the issue of land loss and the displacement of peoples. The Reality Tour will also  stand in solidarity with Palestinians during Land Day activities.

More information on upcoming Reality Tours to Palestine can be found on our website.

Interested in traveling to Palestine? Join us in November for the ‘Fair Olive Harvest’ and learn how Fair Trade cooperatives are restoring hope and providing economic alternatives to a population living under occupation. Sign up today.