The State of the FEC: “The Little Agency that Can’t”

—–
We all know that elections in this country are far from a healthy state. 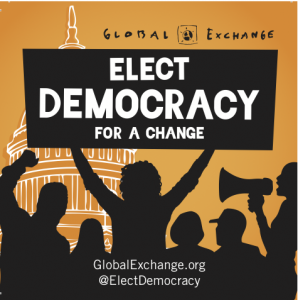 Super PACs, voter ID laws, $7 billion in election spending, and long polling lines mark most of our memories of the torrid 2012 election season.

Referring to those who waited hours upon hours to vote in states like Florida, Obama said, “We have to fix that.” He mentioned it again on Inauguration Day last week. And “fix it” we must, even though writers at the Huffington Post and Washington Post agree inaction is likely.

Since the Voter ID laws have proven to be largely partisan assaults on voting rights and outcomes primarily in Black and Latino (i.e. Democrat-leaning) communities in the first place, bi-partisan collaboration on solutions that would likely draw power and election victories away from the Republican party has solicited an openly hostile response to fixing this ‘democracy-problem.’ But, as we know, ignoring threats to democratic process is not a way to make these problems go away, and supporting pushes for vote reform is good. So let’s keep at it.

But even if this badly-needed vote reform succeeds, we have a major democracy-ulcer that must be treated: The broken-wing, stalemate agency known at the Federal Election Committee.

When Obama has spoken on behalf of badly-needed reforms in our elections, he limits his discourse to complications in the administration of voting itself. This breed of chaos roosts in the realm of counties and is largely pushed by external conservative lobbying hubs such as ALEC (the American Legislative Exchange Council). However, the FEC DOES have the authority to make our elections more democratic by enforcing and specifying laws around campaign finance.

“In 1975, Congress created the Federal Election Commission (FEC) to administer and enforce the Federal Election Campaign Act (FECA) – the statute that governs the financing of federal elections. The duties of the FEC, which is an independent regulatory agency, are to disclose campaign finance information, to enforce the provisions of the law such as the limits and prohibitions on contributions, and to oversee the public funding of Presidential elections.”
–FEC.gov: “About the FEC”

Remember the SCOTUS Citizens United decision and all the uproar about lack of specificity and concerns about dark money funneled anonymously into the election through 501c4 ‘shadow nonprofits’? Well, the FEC could have regulated that. The FEC could also more stringently penalize those who break election campaign finance laws.

The McCain-Feingold Act (2002) increased the maximum monetary penalties for these violations. But, as noted by FixTheFEC.org, the FEC rarely seeks these raised maximum penalties and often doesn’t pursue violations at all. John McCain bitterly refers to the FEC as a “muzzled watchdog” and “the little agency that can’t.”

So even what few laws we have managed to pass to protect our democracy simply aren’t enforced by the good old FEC. WHY?! Well, maybe you guessed it, but the bulk of the problem lies in partisan gridlock:

“The Commission is made up of six members, who are  appointed by the President and confirmed by the Senate. Each member serves a six-year term, and two seats are subject to appointment every two years. By law, no more than three Commissioners can be members of the same political party, and at least four votes are required for any official Commission action. This structure was created to encourage nonpartisan decisions.”
–FEC.gov: “About the FEC”

Ha! Nice try with the whole, ‘encouraging nonpartisan decisions’ part, but it’s just NOT happening y’all. Records of the commission gridlock along party lines has years of records of formal complaints, and the lack of movement has resulted in the alarming fact that only one of the six commissioners is currently serving within their term limit.

Update: Bauerly left the FEC on Feb. 1, 2013. Image courtesy of CREW (Citizens for Ethics in Washington)

Fortunately, one commissioner, Cynthia Baurely, resigned this year and left the FEC on Feb. 1, 2013. Four more expired term commissioners remain, but need to replace Bauerly will hopefully spark a transition. In with the new, for the sake of our ailing democracy. In a post-Citizens United world, there is no time for extra bickering in the Wild West of unlimited campaign spending and $7 billion elections. We need to enforce what campaign finance laws do exist, period.

“I would hope that this is a breakthrough in getting some needed changes on the commission and moving away from the dysfunctional FEC that we’ve had for the last few years,” Democracy 21 President Frank Wertheimer stated this month. But we’ll see how it goes. 27,285 people have signed a petition to the White House to FixTheFEC. The White House responded to the petition, but with little real substance or commitment to actually create badly needed change at the FEC.

President Obama, in your State of the Union address on Feb. 12, there are many things we want you to address and take a stand on: dealing with climate change, ending the wars and drone strikes, and restoring our democracy. Don’t forget about this last part during your final term. Remember your campaign promise: “We have to fix that.” Get the expired commissions OUT of the FEC, and nominate qualified candidates for the Senate to pass. This year.