On Jan. 21, Take a Stand: #InaugurateDemocracy 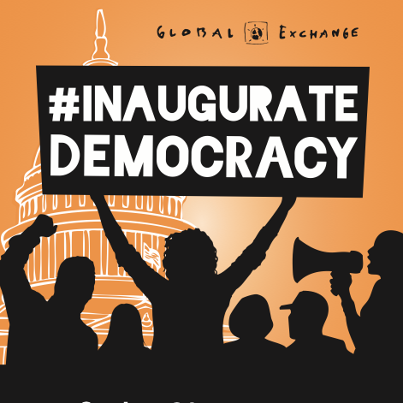 After a grueling election, record campaign spending and an odious increase of money in politics, it’s more important than ever to remind elected officials that WE the people, not corporations voted and elected these folks to office. Now is the time to remind officials that their Inauguration Oath is a commitment to represent US (the people), not corporate interests. Take a stand on Inauguration Day, January 21st: join hundreds of other people around the country to #InaugurateDemocracy. 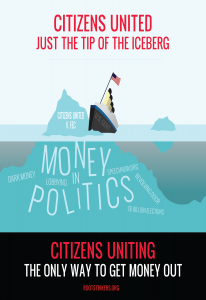 I will be bringing our giant petition from San Francisco to officials in Washington DC on Inauguration Day in order to make sure they hear and see the thousands of people and dozens of organizations across the country who are signed onto this call to #InaugurateDemocracy and get corporate money OUT of politics. Will you sign?

TAKE ACTION:
Sign our Money Out, Voters IN petition today to have your signature delivered to Washington DC on Inauguration Day!