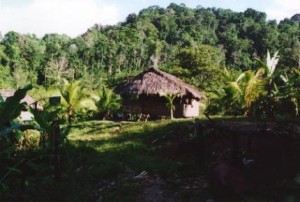 Many of our Reality Tours Costa Rica alumni will remember the brilliant educator and activist, Marta Sanchez.  Marta has organized and facilitated our Global Exchange open and customized groups since 2005. Today Marta shares her story with us.  Learn how she became part of our Global Exchange family!

I got involved with Global Exchange Reality Tours after my enrollment in the Palestine-Israel delegation  about 10 years ago.  That intense experience unveiled to me an excruciatingly painful reality I was short to imagine. Although far from attempting a comparison, this experience turned on many lights in my understanding concerning the reality of my own country and the “convenient blindness” we people use to suffer from.

By that time, Costa Rica was in the middle of a historical process: the eventual signing up of the  Central American Free Trade Agreement.  Like most of the population, I was unaware of  the serious implications of CAFTA against our Social State of Law  which we “Ticos” always took for granted!

Given this historical context, Andrea  my daughter, who happened to be the Central America RT coordinator at GX by that time, organized an RT program for Costa Rica.  I promised her to find someone who could trip lead the first delegation, but my best candidate failed the last minute, and I had to take up. Here began a series of living experiences that taught me a lot about the myths and realities of my own country. As an illustration, the first of these experiences came from a  meeting with Costa Rican former president Rodrigo Carazo. Carazo was a passionate anti-CAFTA fighter and, in his home, the GX delegates and myself received  first-hand information about the uncertain future of  Central American economies if Costa Rica ended up signing the treaty — Costa Rica was the last country in Central America to submit to CAFTA. This meeting was illuminating in unusual ways. For example, the delegates could not believe a politician of such an exceptional moral stature, like Carazo had displayed this special deference towards us by inviting us to his home! 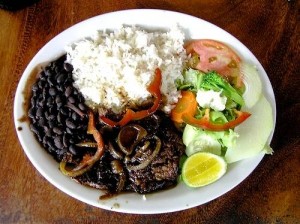 GX delegations now visit Costa Rica from coast to coast. The living experiences our delegates can tell are many and varied, and the resonance of these encounters are still there. One of the tours, for instance, made it possible for a community to count on attractive alternatives for kids and  their mothers  to rescue both even from prostitution. Back home, one of our delegates pulled  the necessary strings to  provide funds, so that ASOMUFAQ, in the Central Pacific, could finish a theater project  and a  restaurant. Today that community has a theater group for kids that now participate in annual national contexts (and Global Exchange delegations can count on a delicious restaurant that serve typical dishes prepared by these women…)

I´m sure the living experiences GX Reality Tours have brought  to me and the many people involved have affected us one way or another. The reality of a tourism-dependent country such as Costa Rica can only be revealed by conscious tourism, and this only justifies  the meaning of this program.  Now I only organize the itineraries on a pro bonus basis but, from the comments by the delegates, I can say that the Mission and Vision of Global Exchange Reality Tours  is amply accomplished in Costa Rica.

Interested in meeting Marta and traveling beyond the normal ecotourist path in Costa Rica this year?  Join us and explore Ecotourism and Sustainability on the Northern Pacific Coast in November.

Thank you to Reality Tours staff alumni Andrea Valverde for sharing our mission and for introducing us to your mom. We have been blessed to have her host our members.

Special Thanks to our Reality Tours intern Kathleen Reynolds for conducting this interview.