Yes, You Can Travel to Cuba – Sign Up Now! 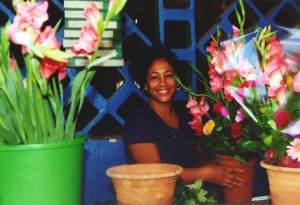 It’s true, you can travel to Cuba this summer with Global Exchange and the Center for Cuban Studies! From August 7 – August 14, 2012 anyone can  join this people-to-people licensed, educational trip to explore the ‘Greening of Cuba’. Sign up here!

Throughout the 20th Century, Cuban agricultural production mainly centered on large industrial farms producing crops (mostly sugar) for export while food has been imported.  Prior to the Cuban Revolution in 1959, the largest market for Cuban sugar was the United States. After the Revolution the Soviet Union became the primary purchaser. With the collapse of the Soviet Union and the Eastern Bloc in the early 1990’s, imports plummeted as did the guaranteed market for Cuban sugar. Cuba began to transform its agricultural infrastructure out of necessity. 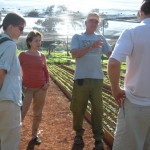 One success of the Cuban Revolution was giving every Cuban the chance to have an education. For the first time children of farmers could aspire to a university education, but this has created unexpected challenges as well. With the movement from industrial, mostly mechanized, farms to organic small farms and cooperatives, there is a shortage of people who want to live and work in the countryside. This delegation will meet with Cuban farmers, experts, and policy makers who will provide an in depth view of the movement towards organic farming in Cuba, its successes, and the challenges it faces.

Program Highlights may include: 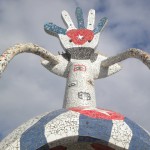 Global Exchange is thrilled to offer this unique, co-sponsored Reality Tour with the Center for Cuban Studies and hope that you will join us! Please call Carol Steele for more information at 415.255.7296. Sign up here!