Why is the TPP (Trans-Pacific Partnership Free Trade Agreement) Such a Big Secret?

Why is the TPP Such a Big Secret?

Next week in Dallas, negotiations for what’s likely to be the largest Free Trade Agreement (FTA) in U.S. history will continue in near total secrecy, despite growing demands for an open process. The darkness surrounding the talks isn’t surprising, considering the American public’s increasing disapproval of FTAs and the laundry list of corporate handouts under discussion.

What is surprising is United States trade representative Ron Kirk’s growing crackdown on public involvement, despite claims of “unprecedented transparency.”

The Trans-Pacific Partnership Free Trade Agreement (TPP) is being negotiated as a nine country FTA between the U.S., Australia, Brunei Darussalam, Chile, Malaysia, New Zealand, Peru, Singapore and Vietnam. Canada, Japan and Mexico are all expected to join talks, and many see more Pacific Rim countries including China and Russia eventually signing on. With floundering WTO talks, the TPP could very well establish U.S. trade policy for the next generation, yet all talks are happening behind closed doors and public influence has been increasingly suppressed.

Meanwhile, 20th Century Fox, itself lobbying for severe copyright measures, were permitted to give trade negotiators a multi-hour tour of their film-production facilities.

This lopsided allocation of influence has been standard for the TPP. Corporations and their lobbyists have seen consistent access to the negotiations — about 600 corporate advisors can review and comment on working TPP texts — and trade negotiators from partner countries.

The Washington International Trade Association’s “World Trade Reception” for Trans-Pacific FTA negotiators featured the A-Team of corporate lobby groups and some of the most powerful corporations in the U.S. hobnobbing amongst trade ministers, with nary a voice for the public, unions, environmental or public health groups.

So, what exactly is the USTR hiding? Well, there are quite a few damning secrets:

Secret No. 1: The TPP is covertly attacking the same internet freedom rights that spurred online protests over ACTA and SOPA.

Secret No. 2: The TPP would make it more enticing for corporations to offshore jobs by opening our market to Vietnamese labor, which has significantly lower average wages than China.

Secret No. 3: The TPP could be a death sentence to patients with AIDS, tuberculosis, and other treatable diseases around the world.

Secret No. 4: The TPP would ban capital controls and impose limits on financial regulation, including post-recession checks on firm size and risky investments.

The list goes on, as there are 26 separate negotiating chapters, covering issues as diverse as labor, environmental, and procurement rules, which just drew the ire of 69 Members of Congress.

Congress has also lamented the continued secrecy of the negotiations. After proposing Senate amendments forcing TPP transparency, U.S. Sen. Ron Wyden (D-Ore) told Kirk, “I feel very strongly with respect to TPP about getting the proposals that you’re looking at… online so that the public can have a chance to be heard on it,” during a March Senate Finance Committee hearing.

None of this has dissuaded the USTR from the non-democratic nature of the talks. Starting in Dallas, he’s actually doubling down by eliminating the day-long stakeholder presentation program, leaving civil society just a side tabling session.

The only way the corporate shopping list that is the TPP can get past public scrutiny is if no one ever hears about it. Fortunately, activists are fighting back May 8 to 18 in Dallas, and an online petition has already garnered thousands of signatures calling on Kirk to release TPP proposals.

We’ve learned from past FTAs that exposure to the light of democracy can stop them in their tracks. The TPP is no different. Please help return democracy to trade talks by signing the petition and sharing this article. 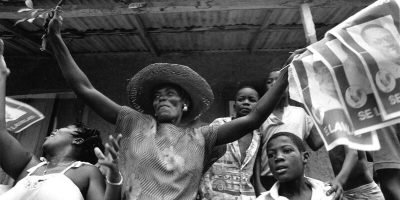