Global March to Jerusalem: An act of homage to a precious city in danger 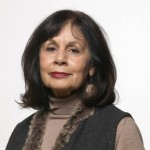 The following post was written by leading Palestinian activist, medical doctor, academic and writer, Ghada Karmi. March 30th, on Palestinian Land Day, the Global March to Jerusalem will take place. Global Exchange is an endorser of this global initiative. See a listing of actions around the world.

On March 30th a ground-breaking event will take place. I had not expected it would ever happen when I first heard about it. While teaching at the Summer University of Palestine last July in Beirut, I met a group of Indian Muslims taking the course. They told me they were organising a people’s march to Jerusalem to bring to the world’s attention to Israel’s assault on the city’s history and culture, and its impending loss as a centre for Islam and Christianity. They explained how they and their friends would set out from India, drawing in others to join them as they passed through the various countries on their way overland to Israel’s borders.

They seemed fired up and determined, and I could not but admire their zeal and dedication to try and rescue this orphan city which has been abandoned by all who should have defended her. But I thought their ambitions would be thwarted by the harsh reality of trying to implement their dreams. It would never succeed, I thought, but I was quite wrong. The movement they and their fellow activists spearheaded, called the Global March to Jerusalem (GMJ), is now in its final stages. A distinguished group of 400 advisers, including Archbishop Desmond Tutu and Nobel Laureate, Mairead Maguire, are promoting the GMJ. The marchers will head for Jerusalem or the nearest point possible on March 30th.

This date also commemorates Land Day, a significant anniversary for Palestinians. On that day in 1976 six Palestinian citizens of Israel were killed by Israeli forces. They had participated in a peaceable general strike to protest against Israeli confiscations of privately owned Palestinian land, and paid with their lives for this act of non-violent resistance. Since then this tragic event has been commemorated annually by Palestinians everywhere. Today, it is a fitting reminder of Israel’s other confiscation of Jerusalem’s land, ongoing since 1967. 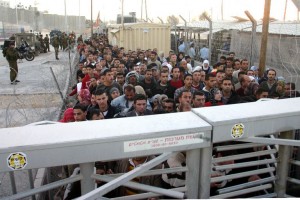 No one knows the exact numbers of marchers who will make it, but they promise to be large. Land caravans have been traveling for weeks from India, Pakistan and other Asian countries towards the meeting places in the countries bordering Israel. At the same time, marches towards Jerusalem will take place from within the occupied Palestinian territories. “Palestinians and their international supporters will attempt to get as close to Jerusalem as they can, whether at the borders of Lebanon and Jordan, at checkpoints in the West Bank or at the Erez crossing with Gaza”, the organizers have announced.

In tandem with this, solidarity protests and rallies are planned in 64 countries around the world, centered on Israeli embassies in each place. In London a mass rally is planned opposite the Israeli embassy. All the protests aim to be strictly peaceful, bearing in mind Israel’s brutal reaction on Nakba day in 2011, when 13 refugees were killed close to the border with Israel. This time the signs are that the army is preparing to behave similarly. Israel has already warned the neighboring states they must prevent protestors from reaching the border. Israeli troops have been deployed along the borders with Syria and Lebanon. The Israeli cabinet has met urgently to discuss security arrangements against the marchers at the borders and in the West Bank. In a sign of panic, they have accused Iran and Islamic fundamentalism of being behind the GMJ.

However it turns out on March 30th, it will have been a brave and admirable attempt to awaken the world’s conscience. Jerusalem is unique and irreplaceable, and its pillage and destruction at Israel’s hands ever since 1967 has been tolerated for far too long. Governments, institutions and official bodies have signally failed to halt Israel’s encroachment on the holy city. They must now make way for ordinary citizens to take charge and come to Jerusalem’s aid. That is why the Global March to Jerusalem matters and why it must succeed.

Ghada Karmi, 72, is a medical doctor and a leading Palestinian activist, academic and writer. She is a research fellow at the Institute of Arab and Islamic studies at the University of Exeter, Britain, and writes frequently for The Guardian, The Nation and Journal of Palestine Studies. Her books include Married to Another Man: Israel’s Dilemma in Palestine and In Search of Fatima, an autobiographical work about her exile from Palestine. Karmi was born in Jerusalem to a Muslim family and grew up in the Jerusalem neighborhood of Katamon with its mixture of Palestinian Christians and Muslims. As a young girl she and her family were forced to flee in the 1948 Nakba and settled in England.  In 1998 she visited her childhood home in Katamon for the first time since 1948. She was one of the first supporters of Global March to Jerusalem and is a member of the Advisory Board.