Support 5 Consecutive Days for the Cuban 5 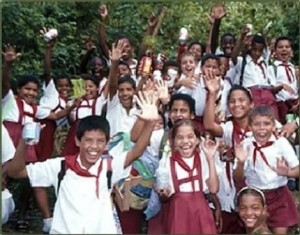 Since 1989, Global Exchange has played a leading role in the national campaign to normalize relations with Cuba our Caribbean neighbor. Our primary goals are:

-End the U.S. blockade of Cuba

-End travel restrictions between the U.S. and Cuba

-Get Cuba removed from the U.S. list of “potential terrorist countries”

-Support and learn from Cuba’s struggles and successes in achieving sustainable development.

To this end Global Exchange organizes Reality Tours to Cuba. Learn more about how to travel to Cuba here.

Take action and support The International Committee for the Freedom of the Cuban 5’s call to solidarity organizations and friends in the United States to support ‘5 consecutive days of freedom for the Cuban 5′, April 17-21 in Washington DC. Action in DC will include a demonstration and lobbying efforts, and thousands of ‘Obama, Give Me Five’ posters will be placed throughout the city. 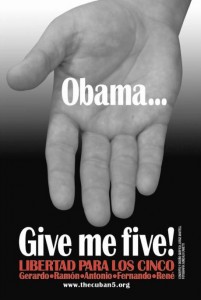 Background on the Cuban 5: They are Gerardo Hernández Nordelo, Ramón Labañino Salazar, Rene González Sehwerert, Antonio Guerrero Rodríguez and Fernando González Llort and in 1998, they were imprisoned in the United States. Danny Glover explains their case here in Danny Glover on the Five.

For a more detailed account of their case, read here. Also, check out the documentary called, ‘Will the Real Terrorist Please Stand Up?

Past Reality Tours participant Bill Patterson wrote this reflection on the changes that Fidel’s revolution brought to Cuba. For more information read here.

Cuba, after half a century of our country’s less than benevolent despotism was a small, plundered shell of a nation controlled by bloody handed President-dictator Fulgencio Batista, United States financial interests and the Mafia gambling structure. Over one-half of the 6,500,000 population lived in slums without electricity or sanitation. There were over 600,000 workers unemployed. Over 70% of the children had no teachers. Illiteracy was 37.5%. United States financial interests owned or controlled 80% of farm land, power generating companies, telephone services and banking interests, In the 1950-1960 decade the balance of payments favored U.S. interests by one billion dollars! 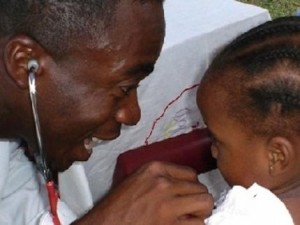 When Fidel’s revolution triumphed in 1959 other militant rebel groups faded, including the Communist Party with which he later united. Victorious Fidel fit the classic description of a multi-talented Renaissance Man. Famed as a military conqueror, he was a skilled head of state, athlete, educator and humanitarian. While traditional Western governments might scoff at the unconventional Latin leader, none duplicated his generosity in nationalizing his family’s 25,000 acre ranch property!

Our CIA attempted eight highly imaginative attempts to assassinate Fidel. It’s efforts to destabilize fragile Cuba included 5,780 acts of sabotage, terrorism and subversion between January and August in 1962. The Cuban Olympic fencing team was destroyed when the CIA downed their aircraft in 1976.

That the world’s strongest nation would label tiny Cuba a terrorist state and impose decades of cruel sanctions is shameful. One wonders if freedom and independence of small Latin countries is tolerable only if financial bondage is demanded and granted.