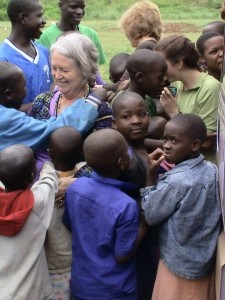 This is Part 1 in a 2 part series about Global Exchange Reality Tours trips to Uganda.

History of Global Exchange Reality Tours Trips to Uganda: For decades many of us here at Global Exchange talked about adding more trips to Africa to our list of destinations. Given our  commitment to social justice advocacy, citizen diplomacy and socially responsible tourism surely there are dozens of African countries where folks would want to meet the people, learn the facts, make a difference.

It wasn’t until 2008 when we started seriously considering creating our educational human rights journeys to Uganda, just two years after we began working in partnership with the abolitionist organization Not For Sale.

As a human rights organization, we partner with like-minded organizations to educate groups of individuals who travel abroad to learn about the root causes of human trafficking and to inspire and mobilize participants into the international abolitionist movement.

After organizing delegations to many other countries to explore the issues of smuggling and trafficking of human beings for slave labor and sex slavery, we recognized the importance of examining what has been happening for decades in Uganda with the mass abduction of children into armed conflict. 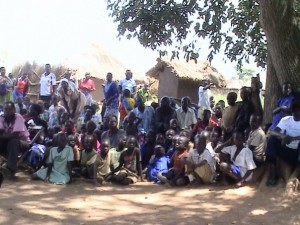 I started reading about “child soldiers” and about the political struggles in Uganda and what led to the birth of the LRA (the Lord’s Resistance Army). Established in 1987 the LRA engaged in an armed rebellion against the Ugandan government in what is now one of Africa’s infamous conflicts.

I visited Uganda and got the chance to visit one of the IDP camps (for internally displaced peoples). We drove by one of the old haunting spots of the LRA’s leader, Joseph Kony, and I could not help but feel the immediacy of this place and the astonishment and fear that many must hold in their hearts for their leader.

Eventually we decided to develop a reality tour trip that would examine not only the beauty and biodiversity of Uganda, but also investigate the legacy of conflict and the last remaining active rebel group, the LRA.

The LRA is accused of widespread human rights violations, including murder, abduction, mutilation, sexual enslavement of women and children, and forcing children to participate in hostilities and incursions. LRA fighters have achieved a sad notoriety by turning on the Acholis people they claimed to represent, hacking off lips, ears and noses, killing thousands and abducting more than 20,000 civilians, mostly children.

The conflict continues to have devastating effects on the Ugandan people, Museveni’s political legitimacy, and countries in the region that have experienced increased strain due to the flow of irredentist populations. The need for people to learn from the stories of communities in Uganda that have been affected themselves compelled us to offer a series of delegations in the summer of 2009 called Human Trafficking in Africa and Rehabilitation and Reintegration of Trafficked Girls and Boys coerced into being Child Soldiers in Uganda.

Join Us on an Upcoming Reality Tours Trip to Uganda! Learn more  by joining us in Uganda this year. Please also check out  Bridge the Gap’s Uganda Series. A wonderful web based tv program that highlights some wonderful transformational stories, including linking Uganda and community development to the importance of Fair Trade.  In fact, check out the Global Exchange spot live today!