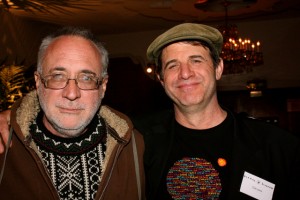 Congratulations Javier Sicilia, Global Exchange’s 2011 Human Rights Award winner who was just named one of TIME magazine’s People of the Year. TIME’s Person of the Year went to “The Protester” and Javier was among those profiled. 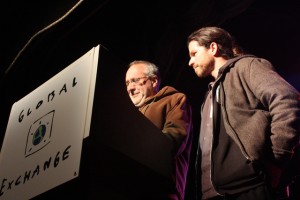 Javier Sicilia is a Mexican father, poet, and citizen who lost his son Juan Francisco Sicilia Ortega in a drug war massacre on March 28, 2011 in Mexico. Juan was murdered along with six friends in an act of violence that Morelos state authorities immediately dismissed as “a settling of accounts.”

As we described in our Human Rights Award announcement back in May: Rather than retreat to the shadows of shock or fear, Sicilia has turned the pain of his searing loss into a tool for peace by convening marches and building a movement to free Mexico from the dogmas, dark alliances, impunity, and political expediency that fuel this tragic war.

TIME magazine’s Person of the Year 2011 article about Javier is an inspiring read. In it Javier describes how he got involved in the movement to free Mexico:

“I got the awful news about Juan Francisco’s murder while I was at a conference in the Philippines. When I got to Cuernavaca [the Mexican town south of Mexico City where his son and six friends had been tortured and killed by gangsters angry that two of the young men had reported members of their gang to police] I was in a lot of emotional pain. But when I arrived at the crematorium I had to deal with the media. I asked the reporters to have some respect; I told them I’d meet them the next day in the city plaza. When I got there I found they’d put a table [for a press conference] out for me, and I realized this was going to be bigger than I’d anticipated.