8,000 Strong March in Durban at the Global Day of Action

Global Exchange’s Community Rights program director Shannon Biggs is in South Africa with our allies from the Global Alliance for the Rights of Nature for a series of activities in Durban to advance the Rights of Nature as an alternative framework to the corporate-led agenda of the COP 17 and the global economic system.

Our day began early as we worked feverishly with students who travelled across South Africa on the “Climate Train,”(one of the most visible campaigns in the COP 17 process) to finish decorating 10 4-foot tall beach balls emblazoned with “Earth Rights NOW” in English, French and Spanish. 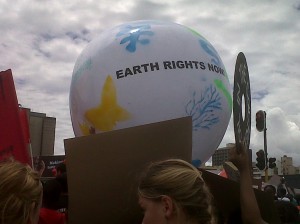 These marches have a different flavor in South Africa, where music and dancing remain deeply embedded in the culture, a vital part of the solidarity movement that ended Apartheid.  As we arrived at the gathering spot, jubilant voices were raised in chanting and song from every group present, creating an atmosphere of oneness, no matter where you were from.

The march travelled several miles through the streets of Durban, stopping at the US Embassy, and the official ICC conference site, where speeches were made over the wall, and beyond the somber police line.  We playfully tossed our Earth balls across the fence, symbolically entering Rights of Nature into the official space.  The balls were returned by police forces caught somewhat off-guard at the gesture.  You can find yours truly at minute 11:20 throwing the ball to the ICC. Watch the video here!

Ultimately, the message of those participating was recognition that solutions to climate change were not to be found inside the process. The march culminated in the handing over of memoranda of understanding to UNFCCC COP17 President Nozipho Mxakato-Diseko, who came out to address the crowd.  She called upon civil society to “do more, and then…to do MORE, ” to which the assembled marchers responded in unison for her and officials to “do more.”

Below are some pictures and videos from the march, as well as some blogs from global participants.

Check out these other blog posts and reports on the events in Durban around COP17 this week: 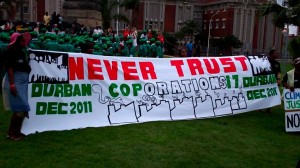 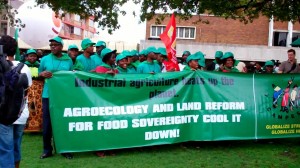 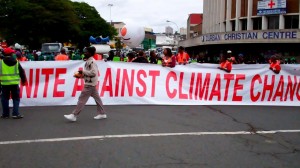 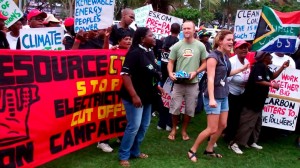 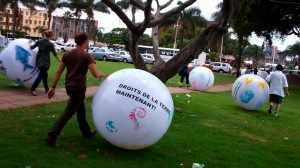 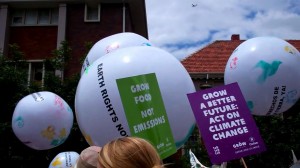 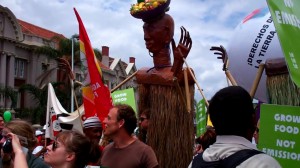 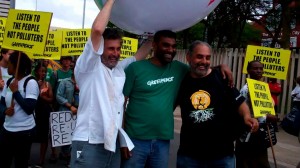 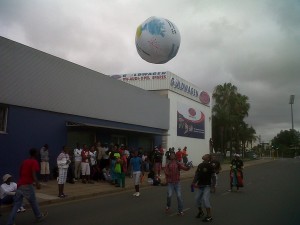