Sharing The Harvest: Behind the Fair Trade Story of Reality Tours 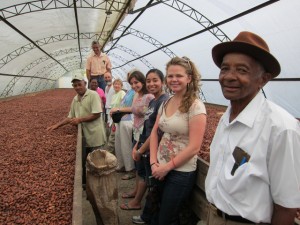 Fair Harvest in the Dominican Republic

8 years ago here at Global Exchange Reality Tours we began incorporating the fair trade story into our annual departures to address disturbing truths about the global economy.  Millions of farmers around the world are facing poverty and starvation because global crop prices have continued to plummet to all-time lows, a worldwide crisis exacerbating problems including malnutrition, family farm closures, and in some cases increased drug cultivation.

In today’s world economy, where profits rule and small-scale producers are left out of the bargaining process, farmers, craft producers, and other workers are often left without resources or hope for their future. Fair Trade helps exploited producers escape from this cycle of poverty.

The tourism industry has seen a growth in both “voluntourism” and philanthropy-based travel, and in 2003 Reality Tours launched its first Fair Harvest tour. The goals; to share the story of fair trade with travelers, to offer a service learning opportunity, to support local community-based tourism initiatives as a promoter of socially responsible travel, to meet and exchange with fair trade certified cooperative farmers, and to inspire our alumni to return committed to supporting the fair trade movement in their own communities and to support our Global Exchange Fair Trade campaigns and Fair Trade craft stores.

Global Exchange Reality Tours highlight the importance of fair trade on commodity crops such as cocoa, coffee, olives, and tea as well as textiles and crafts, and contextualizes the debate between “fair trade” and “free trade” crops and products in Nicaragua, Guatemala, Ecuador, Palestine, India, Nepal, Rwanda and many other countries. Reality Tours provide the opportunity for participants to learn firsthand how:

The Fair Trade system benefits over 800,000+ farmers organized into cooperatives and unions in over 48 countries. While the complexities of each country are unique, what fair trade means for communities is often very similar. Fair Trade profits help fund basic education, health care, and general infrastructure in communities, amplifying the dignity of communities who get to stay on their land. Reality Tours fair trade themed trips provide the opportunity for farmers to share their stories with participants. Reality Tours participants who have witnessed firsthand the benefits of fair trade return from their journey inspired by the experience. 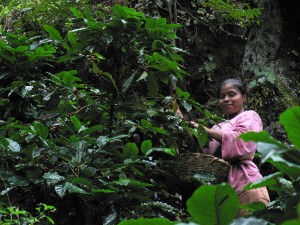 A Cup of Fair Coffee?
Let’s take a commodity or two as an example. The United States consumes one-fifth of all the world’s coffee, the largest consumer in the world. But few North Americans realize that agriculture workers in the coffee industry often toil in what can be described as “sweatshops in the fields.”

Many small coffee farmers receive prices for their coffee that are less than the costs of production, forcing them into a cycle of poverty and debt. Fair Trade is a viable solution to this crisis in Nicaragua, assuring consumers that the coffee they drink was purchased under fair conditions. To become Fair Trade certified, an importer must meet stringent international criteria; paying a minimum price per pound, providing much needed credit to farmers, and providing technical assistance such as help transitioning to organic farming.

Fair Trade for coffee farmers in Matalgapa means community development, health, education, and environmental stewardship. Our Fair Harvest programs to Nicaragua provide the historical context for this social and economic vulnerability and absolutely impact people’s purchasing decisions. We’ve been honored to work with the Fair Trade Cooperative CECOCAFEN for years and know that when our delegates return many choose fair trade in their cups. What if that one-fifth of global coffee drinkers all put their purchases where their values are? That would have global repercussions! 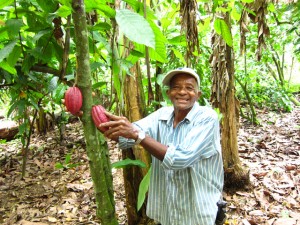 Next, let’s look at chocolate. The six largest cocoa producing countries are Ivory Coast, Ghana, Indonesia, Nigeria, Brazil, and Cameroon. Cocoa has significant effects on the economy and the population in these countries. In Ghana, cocoa accounts for 40% of total export revenues, and two million farmers are employed in cocoa production. The Ivory Coast is the world’s largest cocoa producer, providing 43% of the world’s cocoa. In 2000, a report by the US State Department concluded that in recent years approximately 15,000 children aged 9 to 12 have been sold into forced labor on cotton, coffee and cocoa plantations in the north of the country. A June 15, 2001 document released by the Geneva, Switzerland-based International Labor Organization (ILO) reported that trafficking of children is widespread in West Africa. (For ILO definitions of these labor violations, see ILO Convention 182 on Child Labor ILO Convention 29 on Forced Labor.)

The International Institute of Tropical Agriculture (IITA) followed up these reports with an extensive study of cocoa farms in the Ivory Coast, Ghana, Nigeria and Cameroon, directly involving over 4,500 producers. The results were released in August 2002. An estimated 284,000 children were working on cocoa farms in hazardous tasks such as using machetes and applying pesticides and insecticides without the necessary protective equipment. Many of these children worked on family farms, the children of cocoa farmers who are so trapped in poverty many make the hard choice to keep their children out of school to work. The IITA also reported that about 12,500 children working on cocoa farms had no relatives in the area, a warning sign of trafficking.

Child laborers face arduous work, as cacao pods must be cut from high branches with long-handled machetes, split open, and their beans scooped out. Children who are involved in the worst labor abuses come from countries including Mali, Burkina Faso, and Togo — nations that are even more destitute than the impoverished Ivory Coast. 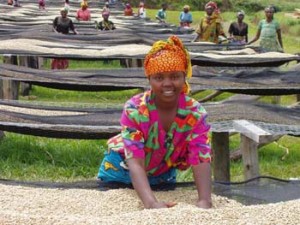 Parents in these countries sell their children to traffickers believing that they will find honest work once they arrive in Ivory Coast and then send their earnings home. But once separated from their families, the young boys are made to work for little or nothing. The children work long and hard — they head into the fields at 6:00 in the morning and often do not finish until 6:30 at night. These children typically lack the opportunity for education, leaving them with no way out of this cycle of poverty. The IITA noted that 66% of child cocoa workers in the Ivory Coast did not attend school. About 64% of children on cocoa farms are under age 14, meaning that the loss of an education comes at an early age for the majority of children on cocoa farms. (Watch The Dark Side of Chocolate, a powerful documentary on this issue).

Producer income remains low because major chocolate and cocoa processing companies have refused to take any steps to ensure stable and sufficient prices for cocoa producers. World cocoa prices fluctuate widely and have been well below production costs in the last decade. Though cocoa prices have shown moderate increases in the past few years, cocoa producers remain steeped in debt accumulated when prices were below production costs.

Producers typically also get only half the world price, as they must use exploitative middlemen to sell their crop. The effects of insufficient cocoa income have been exacerbated by deregulation of agriculture in West Africa, which abolished commodity boards across the region, leaving small farmers at the mercy of the market. This economic crisis forced farmers to cut their labor costs. The outcome was a downward spiral for labor in the region, and a surge in reports of labor abuses ranging from farmers pulling children out of school to work on family farms to outright child trafficking and slavery. These small farmers and their children remained trapped in a cycle of poverty, without hope for sufficient income or access to basic education or health care.

We Can Change It!
For years, US chocolate manufacturers have claimed they are not responsible for the conditions on cocoa plantations since they don’t own them. But the $13 billion chocolate industry is heavily consolidated, with just two firms — Hershey’s and M&M/Mars — controlling two-thirds of the US chocolate candy market. Surely, these global corporations have the power and the ability to reform problems in the supply chain. What they lack is the will. 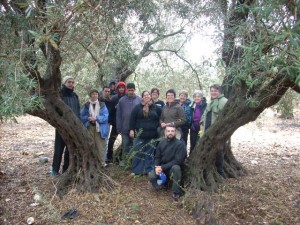 Fair Trade Tourism is a growing segment of our socially responsible travel program here at Global Exchange. Our third Fair Harvest destination was announced in  2007 to Palestine where participants worked side by side Palestinians harvesting olives. The Fair Trade story continues to evolve and we look forward to expanding our Reality Tours programs in the years to come.  There is an opportunity for those of us in the tourism industry to make a positive change in the world. Tourism can be a force for good. We can ensure tourism dollars stay to benefit the local economies of our hosts. We can highlight the stories, the struggles and aspirations of the communities we visit. Together with Reality Tours trip participants, we can be a force for fairness.