Keystone XL: Delayed and Re-routed, One Step Closer to Cancelled 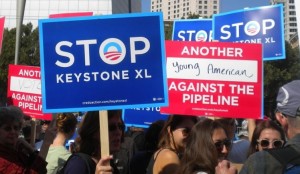 The Obama administration announced today that the Presidential approval of the Keystone XL pipeline will be delayed until 2013 due to concerns about the proposed routing of the pipeline through Nebraska and the Ogallala Aquifer.

Less than a week after 12,000 people surrounded the White House at a mass day of action, the news is a step in the right direction to cancel the project  entirely.

The Obama Administration sent back the permit application to the State Department for a re-review and stated that climate change was a major factor that needed to be re-assessed.

This is a HUGE victory. Just months ago this was considered a ‘done deal’. But with our voices and actions we have been able to send a clear message to the Obama Administration that we will not stand idly while corporations insist on destroying our environment for monetary gain. 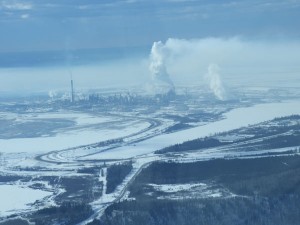 But, the fight is not over. While the proposed Keystone XL pipeline would transport 900,000 barrels of crude a day, two other pipelines in Canada — the Alberta Clipper and the Enbridge Northern Gateway Project pipelines — remain a threat for all the reasons Keystone XL is a crazy idea. Maude Barlow of the Council of Canadians spoke about the pipelines on Nov 6 in front of the White House.

We celebrate this victory around the Keystone XL approval delay. We, with many of you, will follow the review process and make sure that Keystone XL is cancelled.

Earlier this week Bill McKibben called Keystone XL and TransCanada (the company chomping to build the pipeline) the ‘poster child’ for the #occupy movement and we will continue to challenge harmful, destructive projects and work towards a just, safe and resilient future.

Bill McKibben and Tar Sands Action have lead a tremendous campaign this year. Our highest hat tip goes to the folks over there. Read their next steps here.