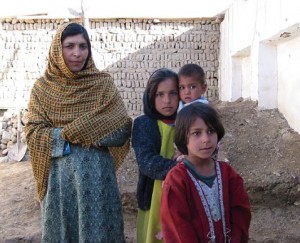 When we watched the US bombs explode over northern Afghanistan ten years ago on the little television in our conference room at Global Exchange in San Francisco we never dreamed that we’d still be at war in that country today.  Since October 6, 2001 there have been over 1800 US deaths (mostly soldiers) and many thousands of Afghan deaths, the war costs $6.7 billion a month and has left a wake of destruction in the country, instead of the schools, democracy, security and women’s freedoms we promised upon invasion. We’ve reached the point where it doesn’t make sense for our own economy or for the Afghan peace and security to stay the course. Ten years, with little gain for anyone is too long. 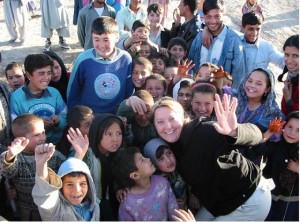 Early in 2002, Global Exchange, in response to the popular justification that we were at war “for the women of Afghanistan”, decided to see reality on the ground for ourselves. We convened a women’s delegation that included women who had left Afghanistan in the 1980s when the Soviet Union invaded, US women interested in women’s development and micro-finance, a concert producer and celebrity, all committed to spread the word after we got back. I represented Global Exchange.

Then there were no commercial flights into the country, so we got on a small UN plane loaded with equipment and UN officers sitting on small fold down seats and we held our breath as we descended between the steep mountains to the infamous runway in Kabul where Marla Ruzicka, our trip leader and friend on the ground, met us.  After landing, our bags were searched by candle light in a dark hangar before we emerged into the cold, high mountain air under the bluest sky and the brightest sun I’ve ever seen.

TT Nhu, a journalist from the Bay Area remembers: 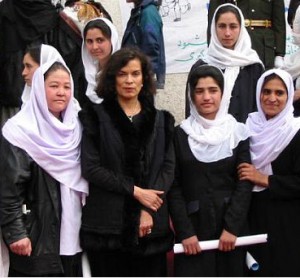 “Our trip, organized on the fly, coalesced very quickly. As the plane descended into Kabul Airport, Katrin Fakiri and I held hands.  She was crying.  She had not expected to see Kabul in her lifetime.  ‘All I want to do is to do something for my country,’ she said.  This is how her amazing journey in micro-finance began.

The city was just waking up from a long nightmare and the streets were empty. Only ancient yellow taxis and big white SUVS belonging to NGOs roamed the streets. Occasional women hurried along the streets filled with idling men.  Some soldiers in the U.S. Embassy across the way from the guest house unfurled a banner  “We Love You Bianca!” to welcome our most famous traveler, Bianca Jagger.”

Our visit was intense. We went to schools and orphanages, learned about mine sweeping operations in the Somali Plain, and Marla had us demonstrating outside the US embassy to insist that innocent victims of US bombing be compensated. We talked to refugees, teachers, nurses and journalists. We attended the International Women’s Day Celebrations under guard by US and European troops (all women that day) and the microfinance team even went to visit the completely empty Central Bank.

The trip, like so many of our Reality Tours,  established deep relationships across cultural and geographic distances for lasting change.  Three of the participants went on to establish Parwaz, the first Afghan-run microfinance organization, lending sums to women starting up small business enterprises. Katrin saw the needs of these women and ran it so successfully that she was asked to head all microfinance in Afghanistan, a role she still plays to the best of her ability in spite of the overwhelming obstacles of corruption and growing lack of security. 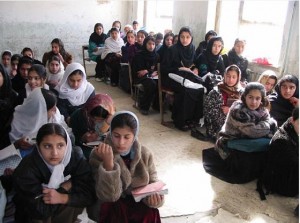 All of us were profoundly moved by the trip to Afghanistan, and the people we met, that we dedicated our lives to working for peace in different ways. Marla continued to advocate for justice for innocent victims of war and lost her life in Iraq doing that, Bianca founded the Bianca Jagger Human Rights Foundation and others have used their privilege and influence to tell the amazing story of a people’s resilience, of girl’s underground education during the Taliban days, of the meaning of juicy pomegranates and dusty orchards and to paint a human picture of the country’s trials and tribulations. It is those personal connections made in the heart and the mind that make life-long activists for peace.

We continue to coordinate annual trips to Afghanistan for International Women’s Day and our wonderful trip leader now is Najibullah Sediqi. He sends this message: 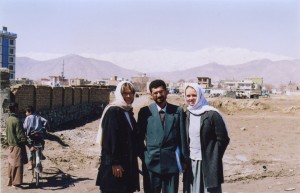 “I would like to say thank you very much to you and to your colleagues (all Global Exchange) for sending Reality Tours to war affected countries, to see the realities with your own eyes and …. to share the information with your people.  Connecting people to people is very necessary …. to know each other better, each other’s culture and lives.. to avoid misunderstanding.. this will help the peace too. I appreciate the first visit of Global Exchange delegation to Afghanistan and for their hard work bringing us closer to each other, as we all are human and need this kind of relationship.”

This October 2011 and on this challenging anniversary, you can do something for the people of Afghanistan:

Tell the Senate: It’s long past time to stop the wars and bring our troops home.

The Senate plans to mark the tenth anniversary of the war by appropriating another $118 Billion more for the wars in Afghanistan and Iraq in 2012. Outraged people are marking it by occupying Freedom Plaza in Washington DC.  Join them if you can!

Tell them to vote NO on the FY 2012 “Defense” Appropriations Bill.
The “Defense” budget (total $630 billion) is too expensive – bring our war dollars home.