Call to Action for 10 Year Anniversary of Invasion of Afghanistan 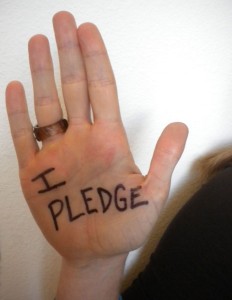 Update to blog post (10/4): We want to let you know about some events happening in Washington, D.C. leading up to the action mentioned in this post. Some of the sessions require an RSVP because a minimum number of people is required, so RSVP as soon as possible.

You can find information about these and other events on the calendar here.

“Call to Action for 10 Year Anniversary of Invasion of Afghanistan”

It’s been 10 years since the invasion of Afghanistan, an important time for us to take stock and get active. The war and neoliberal economic pressures have destroyed our foreign policy credibility and weakened our domestic budget. Now we are feeling the effects of this, so now is the time to join together and take action. Below are details about an urgent call to action happening next week.

People have been taking stands across the US this year –resistance to anti-union legislation in Wisconsin this spring, tar sands Keystone XL pipeline protests in August which resulted in over 1200 arrests for acts of civil disobedience, and thousands of people on the anniversary of 9/11 joined together for peace and an end to war.

So what’s next? A call to action on October 6th to Stop the Machine: Create a New World.

We are calling on people of conscience and courage—all who seek peace, economic justice, human rights and a healthy environment—to join together in Washington, D.C., beginning on Oct. 6, 2011, in nonviolent resistance similar to the Arab Spring and the Midwest awakening.

A concert, rally and protest will kick off a powerful and sustained nonviolent resistance to the corporate criminals that dominate our government.

We are the ones who can create a new and just world. Our issues are connected. We are connected. Join us in Washington, D.C., on Oct. 6, 2011, to Stop the Machine.

Here are 3 key things to know about this event:
1.      It is going to be huge and historic.  Thousands have already signed up to join us in Freedom Plaza in Washington, DC. You are going to want to tell everyone you know you were part of this.  You are going to want your children and grandchildren to know you helped ignite the change to a new world.
2.      This event is critically important.  Our nation is at a crossroads.  We need to get off the wrong path and on to the right one.  We need to end the dominance of government by the political and economic elite when it is obvious that the people can do a better job.  We need to create an economic system where we participate, a government that responds to the people and a nation that puts the people’s needs before human greed.
3.      It begins soon.  In less than two weeks thousands will gather to begin a multi-day encampment that builds on the revolts being seen in Egypt, Tunisia, Span and Greece, as well as Madison, WI and Wall Street, NY.  The time is right for this moment in history.  The beginning of a massive movement to create a country that reaches its’ ideals, that becomes the more perfect union that then nation has always sought to be.

People will look back at this event and see it as the beginning – the turning point when the people demanded that the country move from militarism and war to diplomacy and cooperation; from funneling money to the wealthiest 1% to sharing the nation’s prosperity among each of us; and from environmental degradation to the planet’s renewal. It is our responsibility to get this Nation on the right track. You need to be part of this. Join in at the Freedom Plaza starting on October 6.

TAKE ACTION
Learn more about the 15 core issues.
Take the pledge and sign up to attend here. 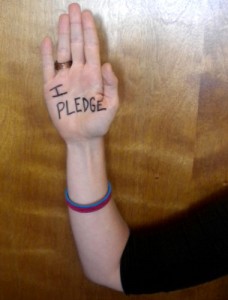 THE PLEDGE
“I pledge that if any U.S. troops, contractors, or mercenaries remain in Afghanistan on Thursday, October 6, 2011, as that occupation goes into its 11th year, I will commit to being in Freedom Plaza http://october2011.org/freedomplaza in Washington, D.C., with others on that day or the days immediately following, for as long as I can, with the intention of making it our Tahrir Square, Cairo, our Madison, Wisconsin, where we will NONVIOLENTLY resist the corporate machine by occupying Freedom Plaza to demand that America’s resources be invested in human needs and environmental protection instead of war and exploitation. We can do this together. We will be the beginning.” Once again, here’s a link to take the pledge.